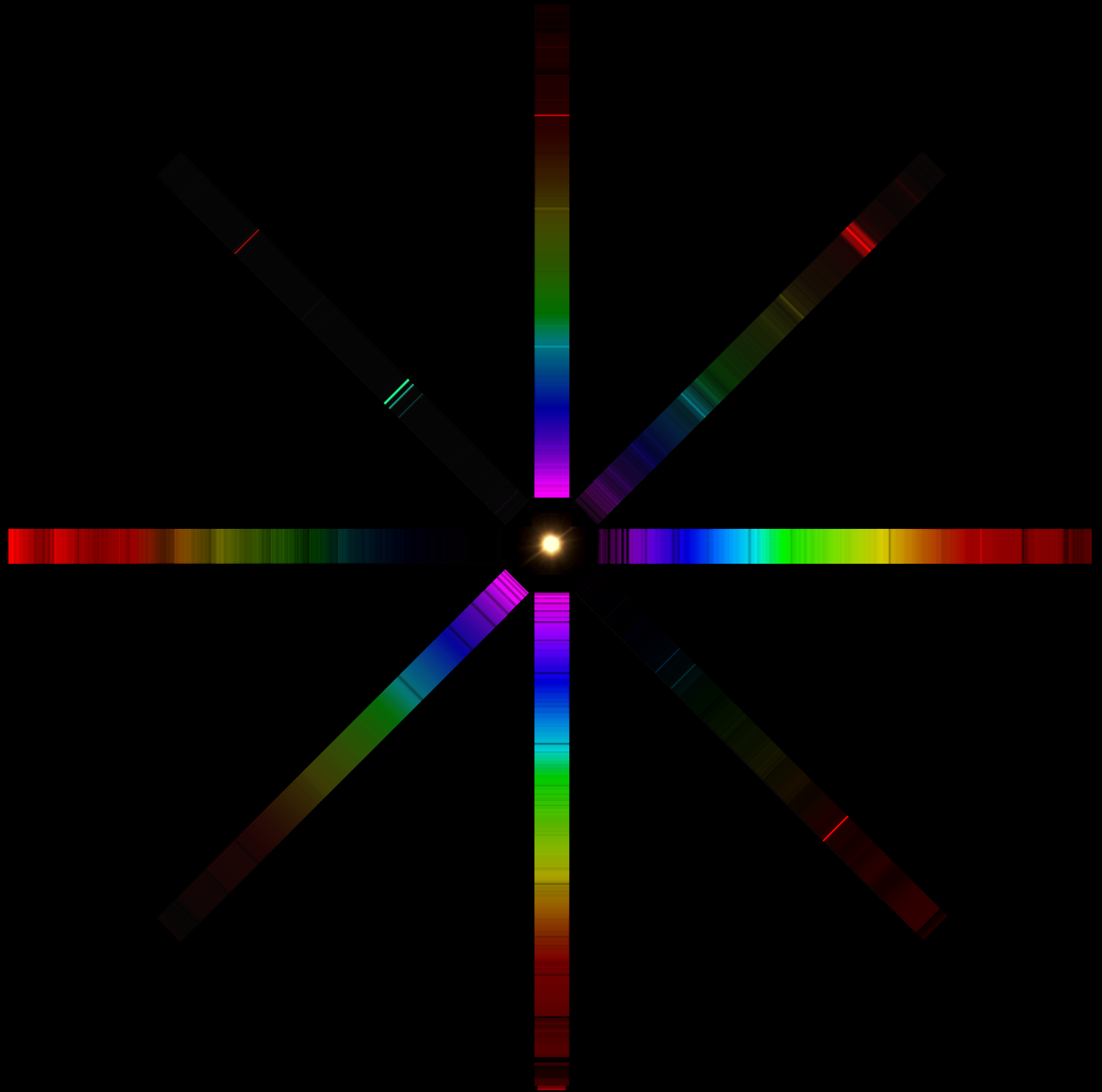 I have prepared a Christmas star from some of my spectra of 2018. I think they show the amazing variety of observations that can be made with a spectroscope. Interacting binary stars such as the neutron star/Be star X Persei (an observational campaign has recently been launched by Dr Paul Roche). Nova V0392 whose explosive force produced amazing structure in the hydrogen Balmer emssion lines. The variable star AC Herculis that develops emission lines as it pulsates. The symbiotic white dwarf/red giant binary star AG Pegasi whose emission lines are so intense they overwhelm the underlying stellar spectrum. Some classical stellar spectra such Regulus, a hot B-type star which beautifully displays the atomic structure of hydrogen in the pattern of its dark absorption lines, along with nu Cep a cooler A-type supergiant with pencil-thin absorption lines from its tenuous atmosphere. The cool red supergiant VV Cep from behind which the much smaller Be star companion is about to re-emerge after disappearing for more than a year.  And finally the gaseous emission-line spectrum of a planetary nebula demonstrating at a stroke that, as William Huggins first observed in 1864, these fuzzy blobs are certainly not very distant clumps of stars.

That is a wonderful way to show off some of your spectra from the year. It shows rather nicely the different types of spectra from different objects.