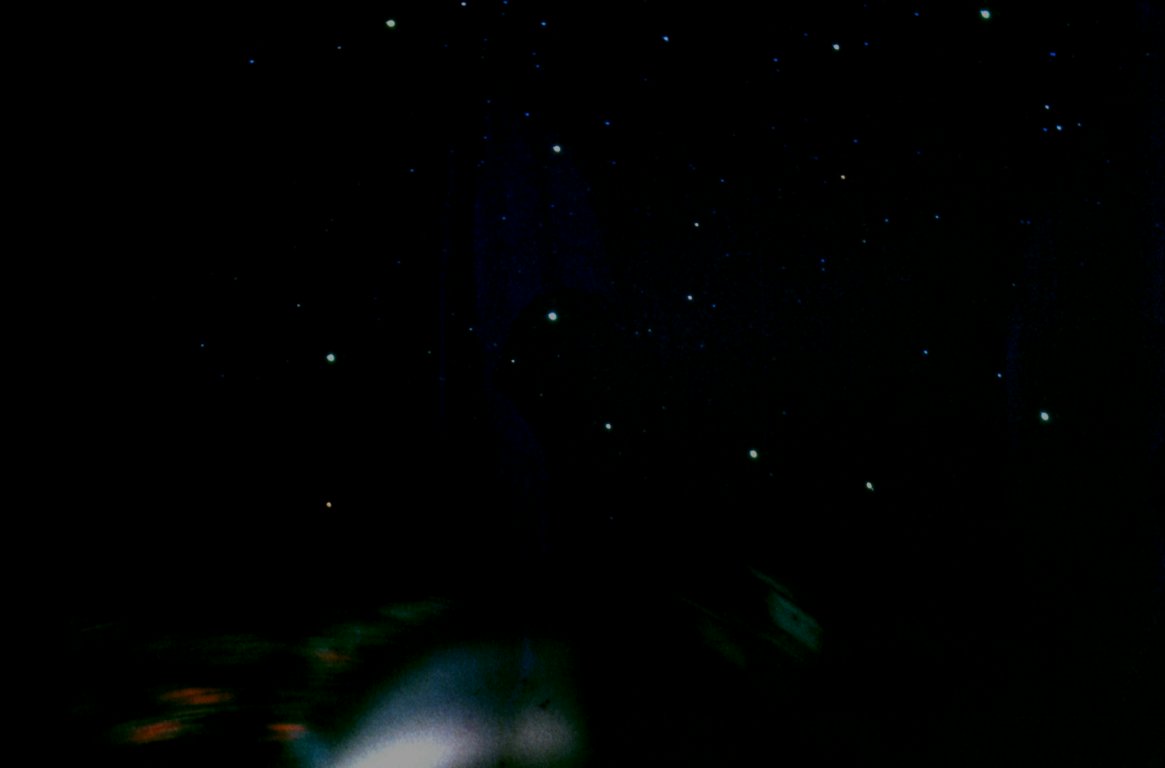 Image was taken in early May 1968. I finally got to writing about it, received management approval, and it appears in the January 2019 'Focal Point' section of the 'Australian Sky & Telescope'. As a long time BAA member, I thought I would share the story with my fellow amateur astronomers who would not get this publication. Reflecting upon it now  I feel that somehow I may have failed somewhere, but what else was there to do of evenings, given the opportunity, but exploit the country dark night sky and the very low northern horizon. (see second image.) I especially wanted to capture the main stellar configuration of Ursa Major, just as (say) visiting UK amateur astronomers want to see the Southern Cross.

This is certainly the case for the southern states, but in North Queensland and the north of the Northern Territory and Western Australia, these stars do rise well above the horizon.  In Brisbane where I live, even with refraction assisting, Dubhe (Alpha Ursae Majoris), the northernmost star of the grouping, transits at a mere 1.2 degrees altitude, but a few hours drive north is Noosa Heads and from the north facing beach it transits at nearly 2.2 degrees altitude.  This spot a little over a degree further north than Brisbane, affords an unobstructed ocean panorama with the Cooloola sandhills in the far distance.  Therefore an uninterrupted view of the ‘big dipper’ can be had at the right time.

In 1968, for our first holiday the year after we were married, we planned to stay at a unit on the beachfront at Noosa Heads. In choosing it I was struck by the clear view to the north. In addition to photographing other areas of the sky using hand guiding techniques, (see photo from the time), one of my primary aims during this holiday, was to photograph the big dipper as it skimmed above the northern horizon. The holiday was carefully planned for viewing this constellation in the early evening in May during the dark of the Moon.

Noosa Heads was relatively dark at night in the 1960’s and I spent nights with the 4.5 inch equatorial reflector using the hand controls to track my photographs of the sky. (The camera was attached by homemade fitting to the telescope.)  The milkman delivering the day’s milk encountered me on the pathway one morning in the dark pre dawn hours.  He froze in his tracks and circled around me cautiously.   (In those days milk was delivered daily, and in glass bottles too!)

The image of Ursa Major in the photograph shows Dubhe, the northernmost star in the ‘dipper’ as a little fainter and reddened somewhat by atmospheric extinction being at such a low altitude, but still quite bright.  It and the star above on the left hand side of the dipper point down to Polaris and the North Celestial Pole some 26 degrees below the horizon. These stars are used in the Northern Hemisphere as an easy way of locating Polaris, the pole, and True North.  Also of interest in this image is the second star in the handle, the brighter Mizar and fainter Alcor, a naked eye double, but merely a ‘line of sight’ double, their distances being 86 and 82 light years respectively.

You might ask how my wife took to my nocturnal absences which meant that I also slept a fair proportion of the day.  She had been suspicious as to why I had insisted on that particular week but apparently I had evaded the issue not mentioning that it was to avoid the Moon and why.  Well, she was bored, and read the book she had brought – the full unabridged version of ‘War and Peace’ – and then read it again!  I still hear about this, but we remain happily married after 51 years which is a testament to her continuing patience and forbearance!

Thanks for the narrative, Peter - I enjoyed being transported from provincial England for a few moments. Happy Christmas!

I stayed at Noosa Heads a few years ago -the sky has certainly deteriorated since your observations!