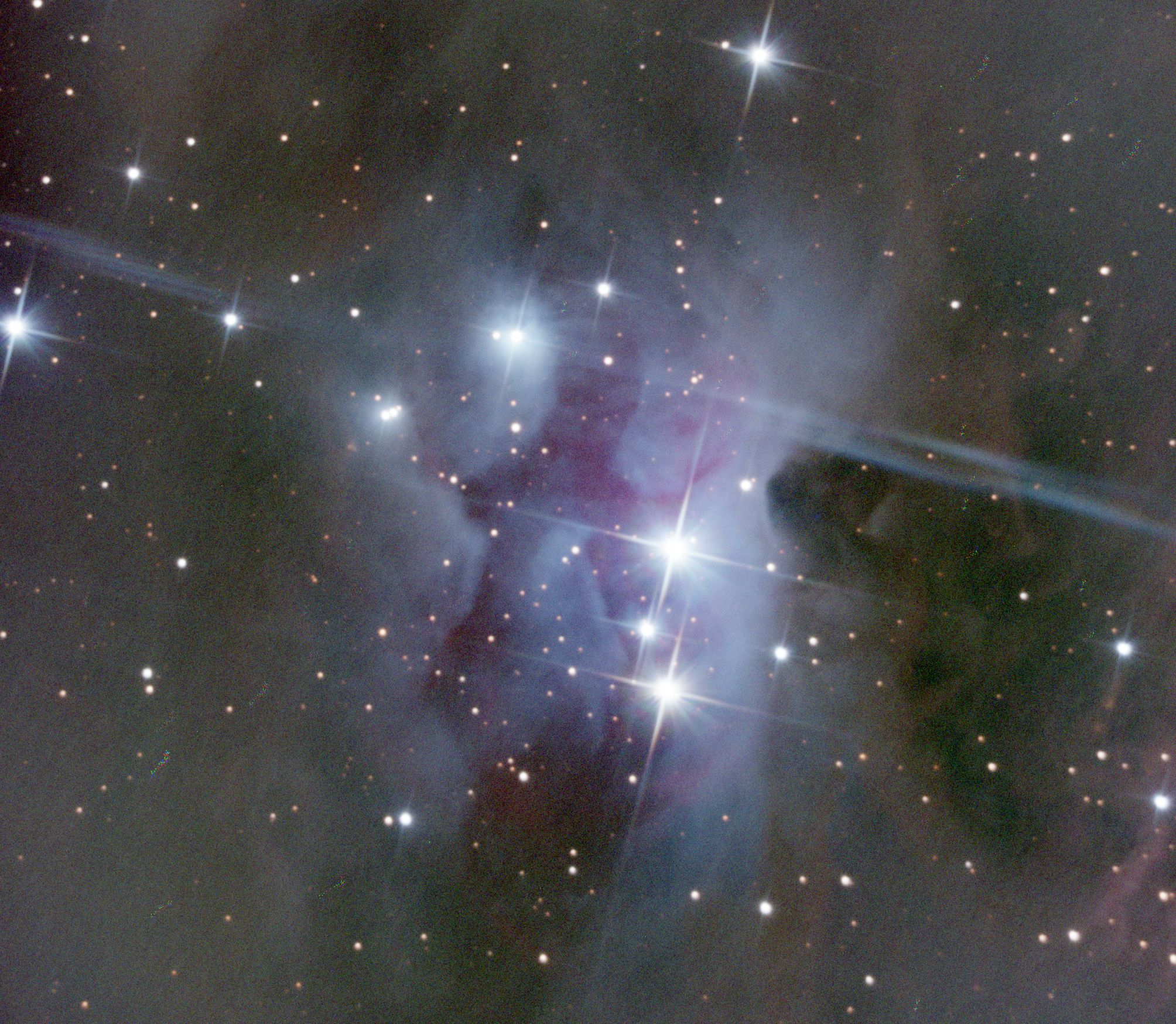 Another amazing image, Ian. Clearly you have been making the most of the recent good weather!

Thank you. Almost unheard of to have four clear nights in a row in the UK. It was difficult to choose a target, but with Orion dominating the evening skies and having over-done M42 I decided to go for the Running Man to see if I could tweak-out a bit more detail.

Hi Ian, we don't often see this target on it's own, so it's nice to see such an excellent rendition. Cheers, Geof

The Running Man always reminds me of the Star Kicker from the opening credits of The Old Grey Whistle Test (for those of us old enough to remember it!).

I'm surprised nobody mentioned the anomaly in this image. The huge streak across the top. It's too wavy to be a satellite trail. I may have been caused by an aeroplane as I'm on the flight path of my local airport or maybe was due to stray reflections form a nearby streetlamp. Oddly it looks like it belongs to the nebula but you only have to look at other examples to see that it is an anomaly, e.g. https://fineartamerica.com/featured/reflection-nebula-ngc-1977-robert-gendler--jim-mistiscience-photo-library.html

On that same basis, the brown areas are genuinely part of the object. Problem is, there are very few images online to compare mine to and in fact when I do a Google search for "Sh2-277" my image comes up  first! Maybe a subject for a future challenge, more images of the Running Man?