Observation by Andrew Jeffries: The scourge of light pollution

The scourge of light pollution 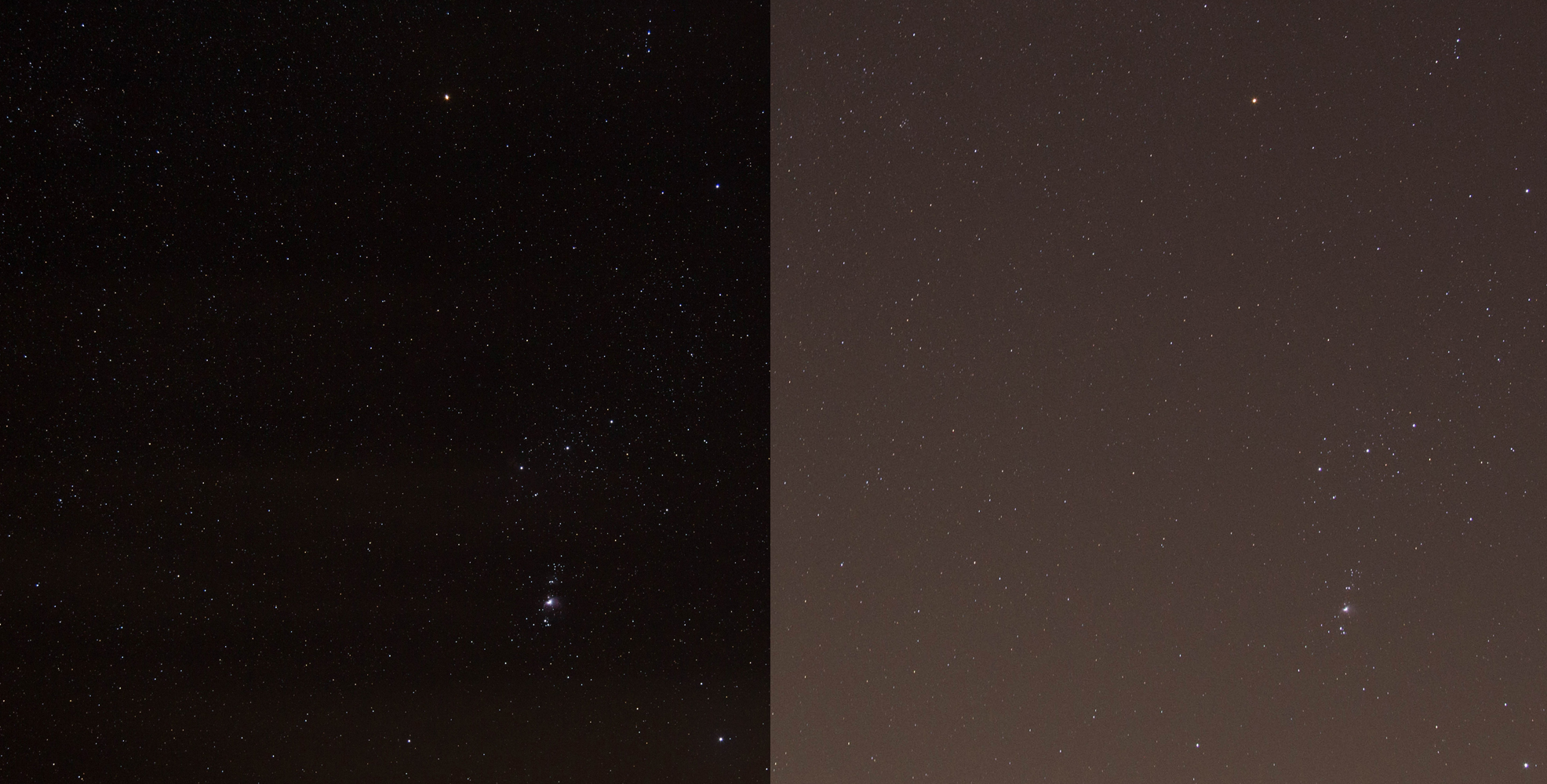 I have always known that I live, like many others in a light polluted part of the world here in South East Wales.  It was not until a week in West Wales in March that I was able to make a direct comparison.  West Wales is the image on the left East Wales on the right.

Below me in West Wales was Fishguard.  In East Wales I have Newport and Cardiff.  The difference is stark.  I know I am stating the obvious to many but for newcomers they may not really appreciate the difference a really dark sky can make.  The night sky in West Wales was as black as coal and the stars shone like diamonds.

With a bit of processing I was able to pick out not just M42 but the flame nebula and the rose nebula in the shot from West Wales - no chance in the East Wales shot.

I am looking forward to a return visit in better weather conditions as the West Wales shot was taken in a 30mph wind after a stormy day.  Not the best way to take a 30s exposure but at least I had found some shelter for a brief time.

As an aside to this story I have a street light at the back of my house which was shining into my garden and was a real nuisance when at the telescope.  I rang the Council to see if they would fit a skirt to block the light.  A few months later the light was turned off and has not been turned back on.  I say this for all those out there in similar circumstances.  It's worth speaking to the Local Council about such things.

Jeremy Shears,  Graham Winstanley,  Nick James,  David Basey,  Martin Lewis,  Peter Mulligan,  Andrew Dumbleton,  Andy Wilson
Copyright of all images and other observations submitted to the BAA remains with the owner of the work. Reproduction of work by third parties is expressly forbidden without the consent of the copyright holder. By submitting images to this online gallery, you grant the BAA permission to reproduce them in any of our publications.