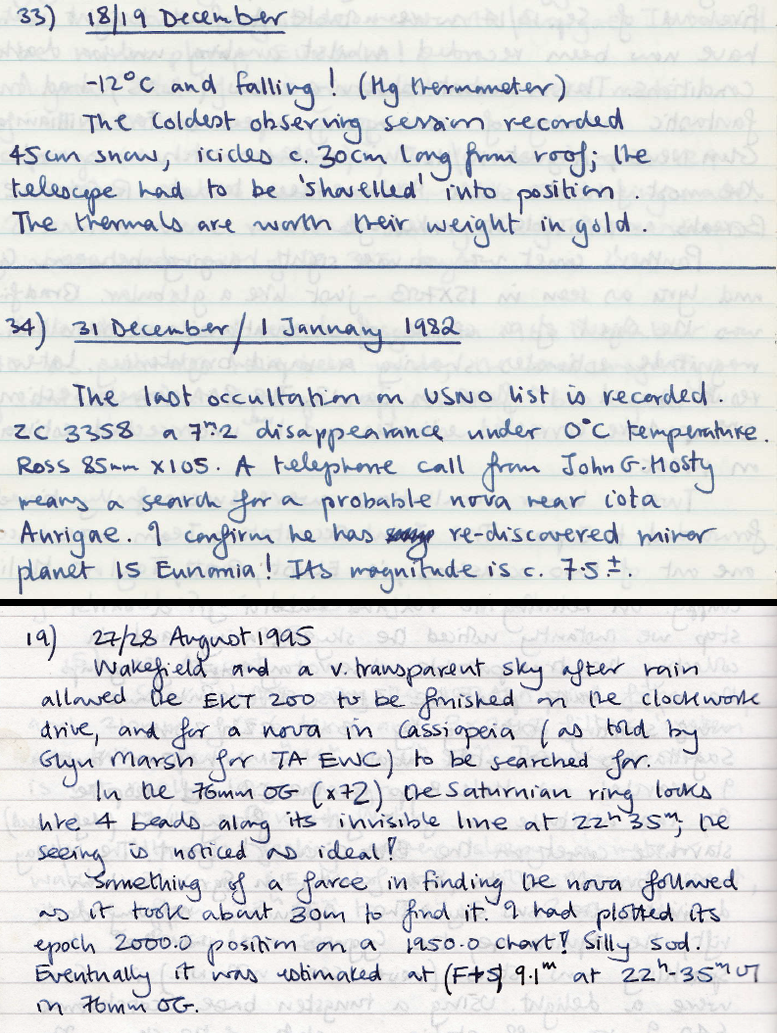 In his editorial 'The Changing Face of Amateur Astronomy' in the 2019 December issue of The Astronomer, Guy Hurst looks back to the 1980s when large numbers of visual observers were actively monitoring the skies and some were discovering novae and comets. The Astronomer was launched in 1964 (as The Casual Astronomer) to cater for active visual observers to share observations and get rapid feedback.

Guy suggests there's still a role for the visual worker in the hunt for bright transients.

From the 1960s onwards many 20th century amateur astronomers without deep pockets were equipped with only binoculars and small telescopes, and their atlases and catalogues were often limited to Lampkin's Naked Eye Stars, Norton's Star Atlas and Becvar's Atlas Coeli and Catalogue. George Alcock and others identifed many omissions and errors in these charts which led to the successful searches for novae and comets.

The attached extracts from Melvyn Taylor's observing logs give a taste of those heady days long before the global Internet, computerised GoTo 'scopes and 'imaging'...

The trials of winter observing.

Observing a lunar occultation with the Ross refractor (donated to Leeds AS by Sir John Herschel, circa 1859).
Assisting in a nova search. (John Hosty discovered nova HS Sge in 1977).

Some choice MDT quips there!