My First Variable Star observation - (was an Exo-Planet) 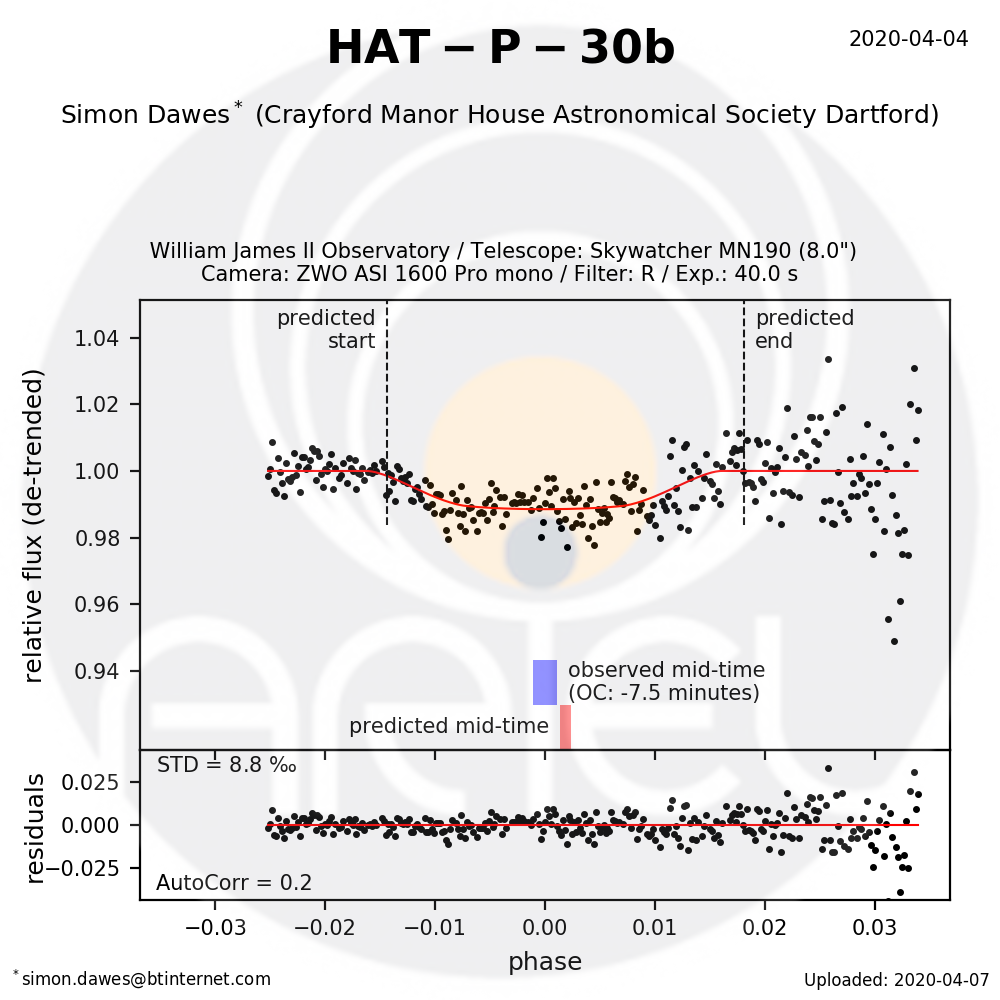 Well ok you might debate if an exo-planet is a variable star, but I was taught by Dick Chambers and he said it was an extrinsic variable and those that knew Dick will know he was never wrong.

I promised Roger Pickard I'd observe a variable star this year - here it is Roger.

More like an eclipsing binary really - with the eclipsing body being a planet. Good observation.

There was some discussion on the ExoClock project as to whether a CMOS sensor could be used instead of a CCD. I think you've just shown it can. Is the 1600 12- or 14-bit? Most CCDs are 16-bit I think.

It is only 12bit but when I compare my results to a friend of mine using a CCD the scatter, range etc. in the results look very similar - if I can get to more sensitive measurements will remain to be seen, but given this is the first 'variable star' I've measured I'd say it was quite promising. I'm very much a beginner in this field.