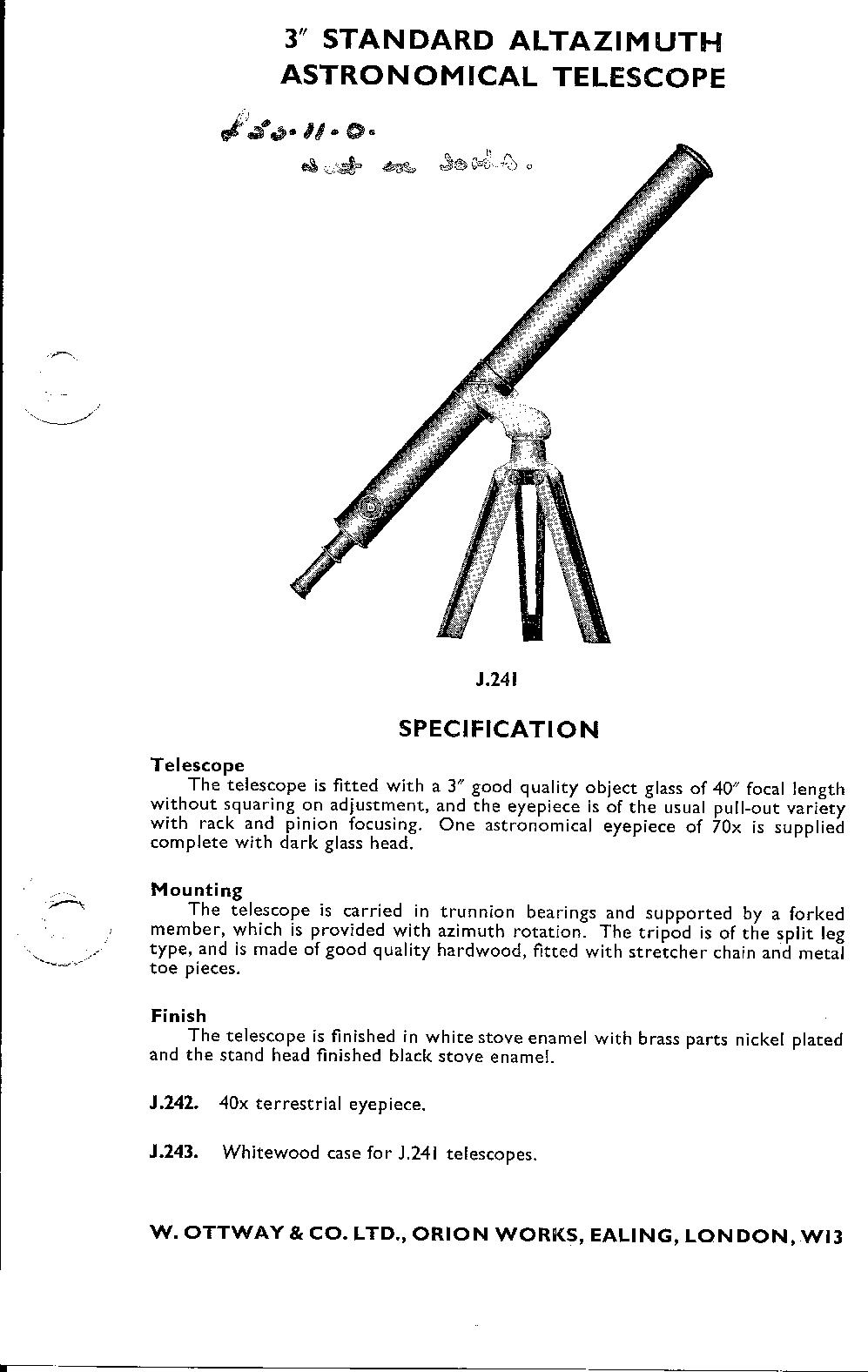 In c.1960, Ottway & Co of Ealing also offered this 3" F13.3 refractor complete with eyepiece for £53-11-0d. Compared to the 8" reflector they offered, it looks positively antiquated. What appears to be an identical telescope was advertised previously in 'Hutchinsons Splendour of the Heavens' (1924). Perhaps this indicates the transition that was taking place at that time as Astronomy was becoming a more popular and affordable hobby: modern instruments for the amateur were becoming available while the old stock lingered on. In 1963 you could buy a new Hillman Imp car for £508 so 'affordable' is a strictly relative term!

David Basey,  Jeremy Shears,  Mike Frost
Copyright of all images and other observations submitted to the BAA remains with the owner of the work. Reproduction of work by third parties is expressly forbidden without the consent of the copyright holder. By submitting images to this online gallery, you grant the BAA permission to reproduce them in any of our publications.