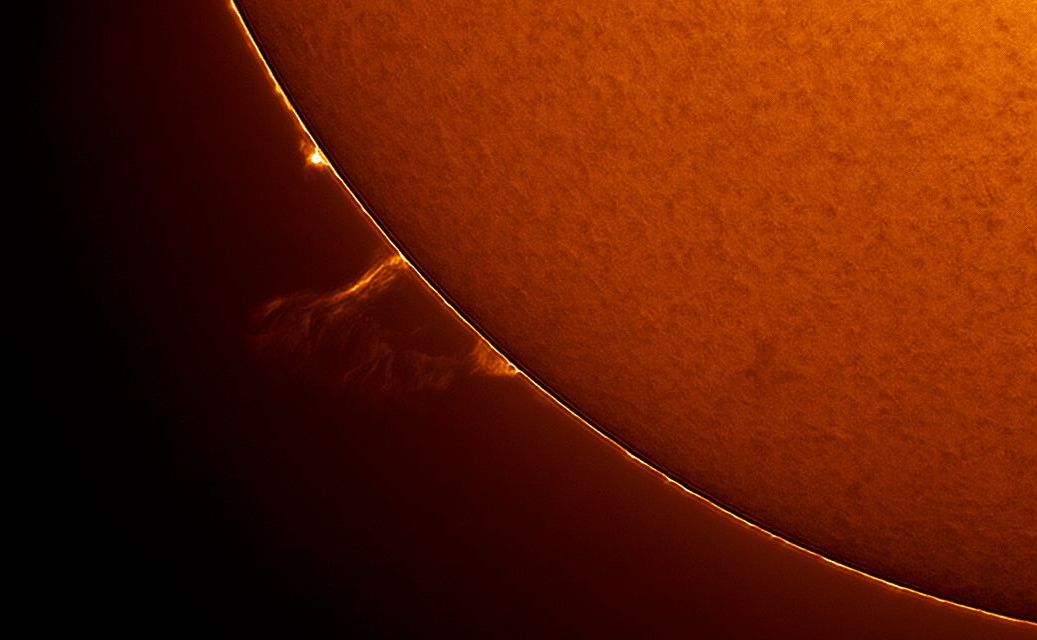 380 frame SER recorded for the prominence image and 150 frame SER recorded for the limb using the QHY5III 178 through Lunt modified 80mm f/7.5 achromat. Both stacked in Registax then using channels and layers routine in Photoshop to combine the two images,IMPPG was used to sharpen then back into Photoshop to finish,adding false colour. Image orientated to put North at the top.