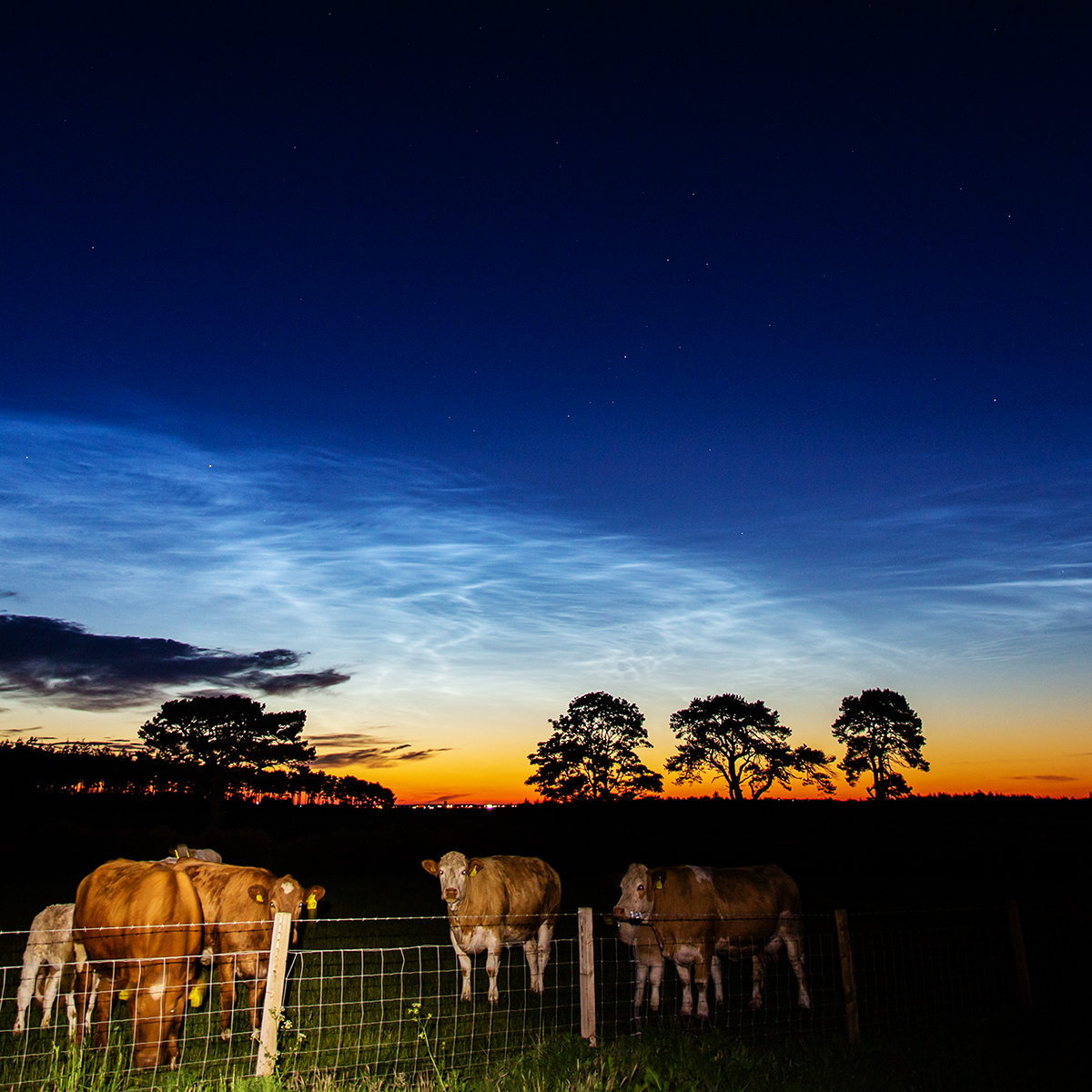 One of the more interesting observation reports of late.  Alan reports looking out of the window at about quarter to one (BST) and was very pleasantly surprised to see such a strong display. He got dressed and gathered his gear as quietly as he could, and made his way down the Scottish and Southern Electricity Wayleave, that runs past his house, to a location with three trees that he had previously thought would make a good foreground for an aurora or NLC photo. No sooner had he focused his camera than an entire field of cows came to see what he was up to. There followed a cacophony of heavy breathing noises, grass munching noises, passing of water noises and plopping noises. About half an hour later they all wandered off, lay down and started ruminating.

Alan reports that the sky was certainly 'electric', but so was the ground as the wayleave contains several 275 kV cables!