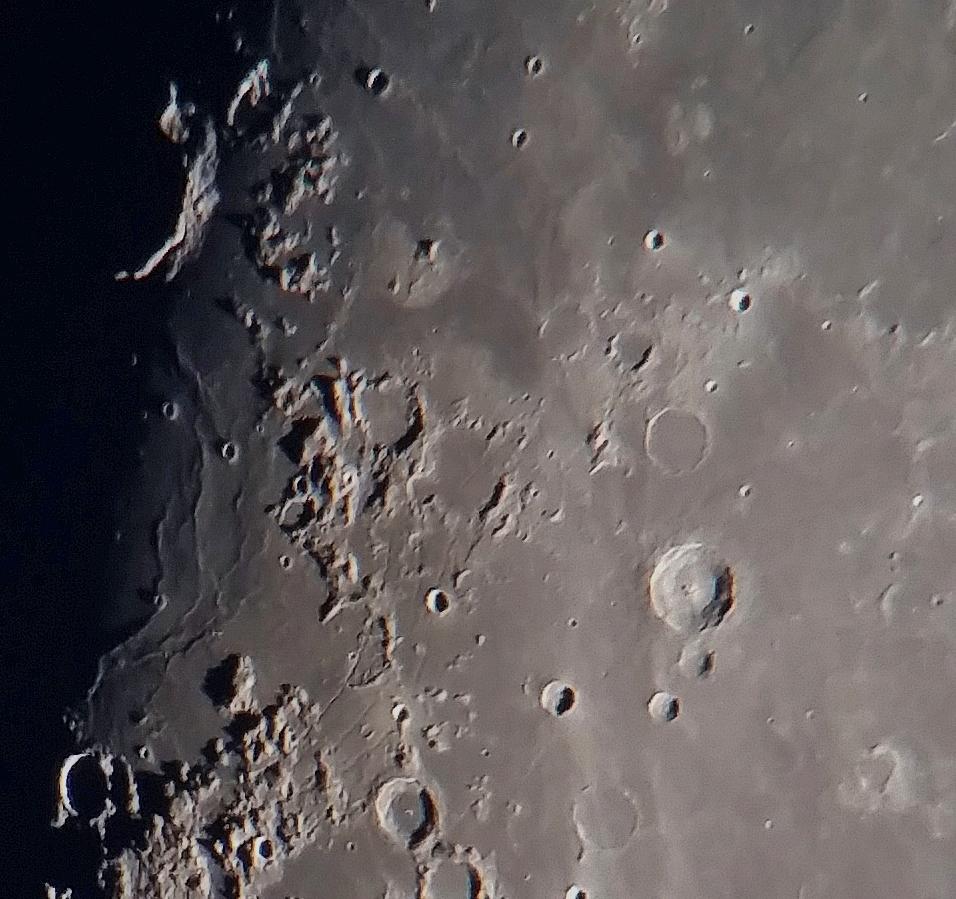 This area is located between Mare Humorum and Mare Nubium, with numerous ridges and rilles in an area full of interest. Spent a long evening imaging with the mobile phone and was pleased to capture this. The arcuate Hippalus Rilles - I, II & III - can be seen in the lower left part of the image. The elusive Rille IV was not observed.

Thanks Peter. It''s getting better with practice. My impression is that the seeing is more of a limitation on the quality of the images than the hardware (though there are obviously limits on what a phone camera can do). Alongside this image I took many more - most of which were too poor and had to be cast aside.

I think there''s more that can be done with the phone, so I'll keep exploring the possibilities with it for the time being.