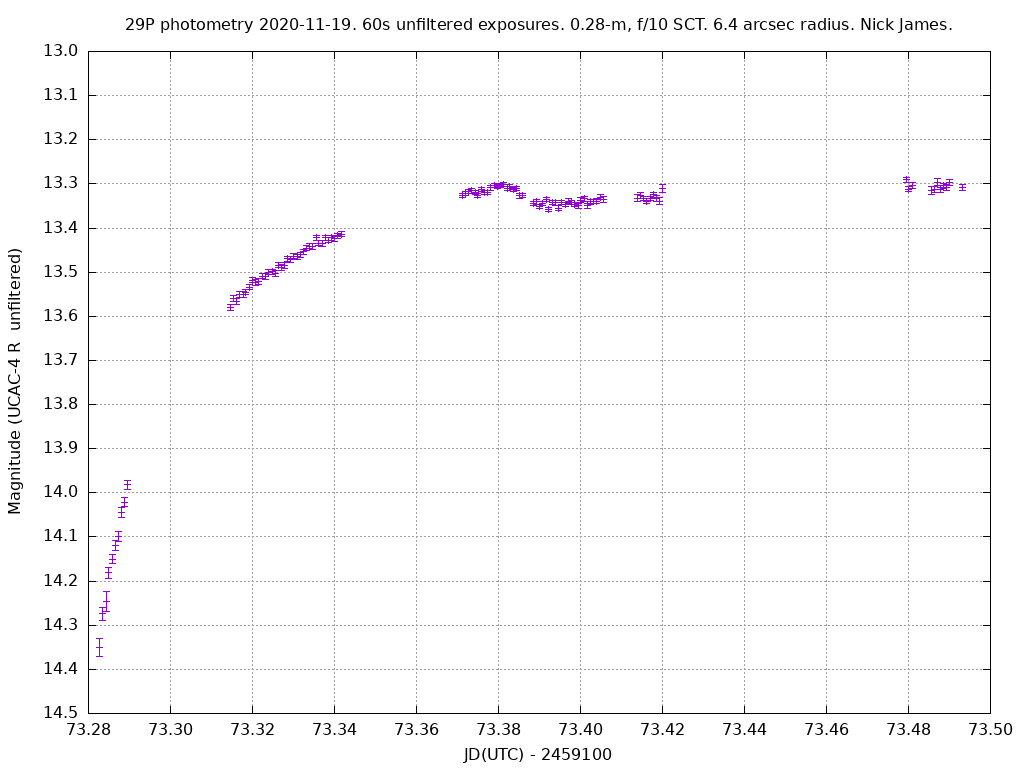 This plot shows a lightcurve covering the onset of a major outburst on 29P between 18:45 and 00:00 last night (November 19). It was obtained as part of the monitoring programme led by Richard Miles.

Last night, comet 29P/Schwassmann-Wachmann went into outburst. For the last few weeks it has been sitting at around 16.2 and Denis Buczynski measured it at this level at 18:02 UT last night. By the time of my first observation at 18:46 the comet was at 14.4 and rising rapidly. It eventually stabilised at 13.3 by the time clouds arrived here. Jean-Francois Soulier, in France, also detected the early stages of the outburst and the comet looks to have started brightening at around 18:26, so about 20 minutes before I started observing and 20 minutes after Denis' observation.