Observation by Mark Lonsdale: Close to the Grand Conjunction (20 Dec)

Close to the Grand Conjunction (20 Dec) 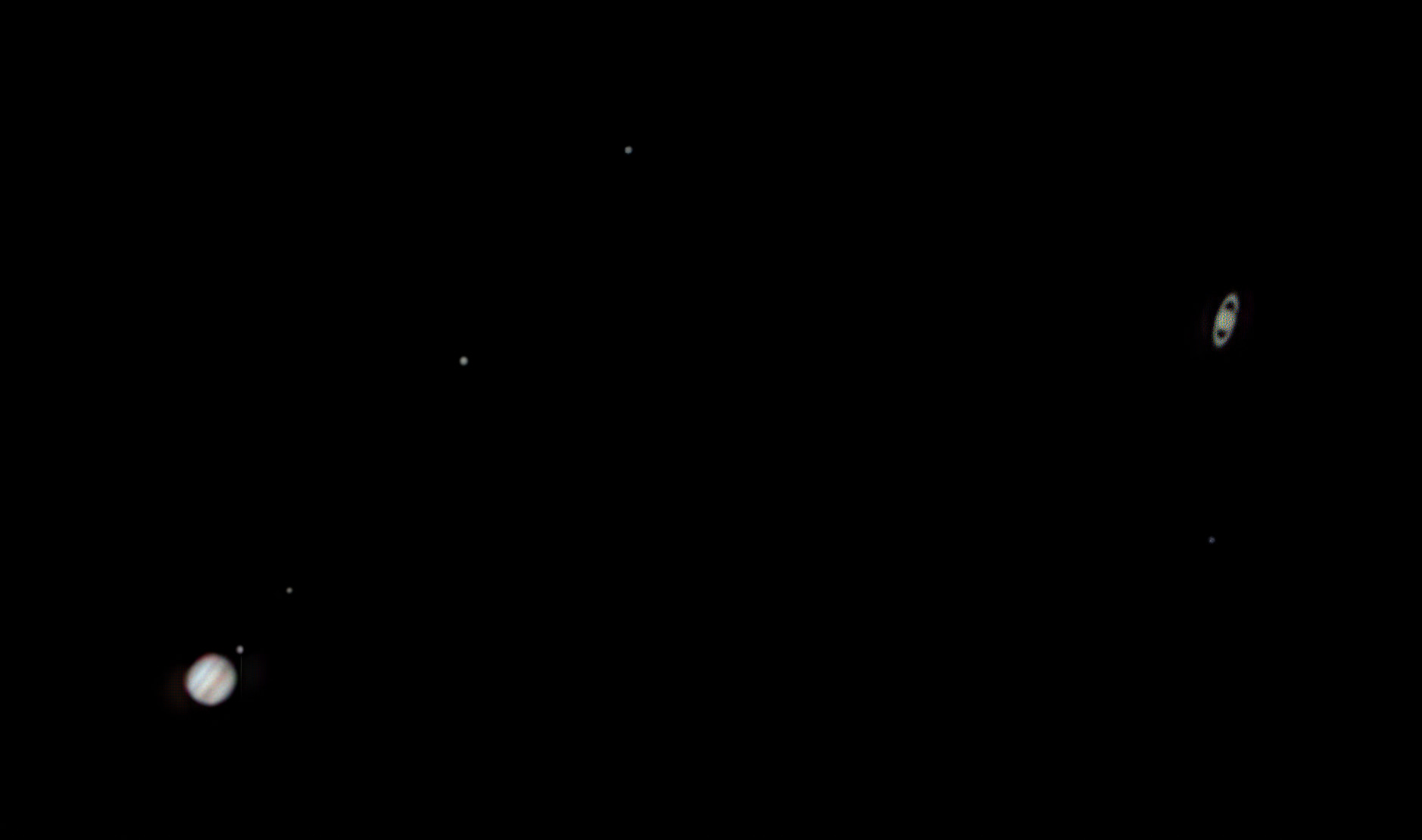 I have been planning an attempt at the Grand Conjunction for a few days, trying to resolve issues like:

(1) can I find a camera setting that allows both Jupiter and Saturn to be captured satisfactorily despite the difference in brightness?
(2) can I fit both planets on the sensor at the same time?
(3) I need to get to a site with a clear view of the skyline, using a protable scope - can I find the planets and land them on the sensor against a bright twilight sky.

My tests showed that I could answer yes to 1 and 3, and simulations in Stellarium suggested that 2 should be OK. However, rain was forecast for the nights of 21 and 22 Dec which meant I had to take my chance last night (20th) when the sky was clear but the planets were still about 11 arcmins apart. (For us in Australia, the moment of closest approach at 6 arcmins takes place when the planets are below the horizon at 5 am on 22nd Dec, so whatever I did was going to be a compromise- the closest approach visible to us being about 8 arcmins).

I captured with a histogram of 85% so that I could be sure to have sufficient data for Saturn, roughly 4X less bright than Jupiter.

The image is a heavily processed one, but everything you see was in the unprocessed stacked image. It is not a composite - I just processed each of the planets and their moons by selecting them and adjusting to make them look their best.

The moons visible are (in order from Jupiter): Europa, Io, Ganymede, Callisto; Titan is visible below Saturn.

James Weightman,  Bill Leatherbarrow,  David Basey,  Ron Johnson
Copyright of all images and other observations submitted to the BAA remains with the owner of the work. Reproduction of work by third parties is expressly forbidden without the consent of the copyright holder. By submitting images to this online gallery, you grant the BAA permission to reproduce them in any of our publications.