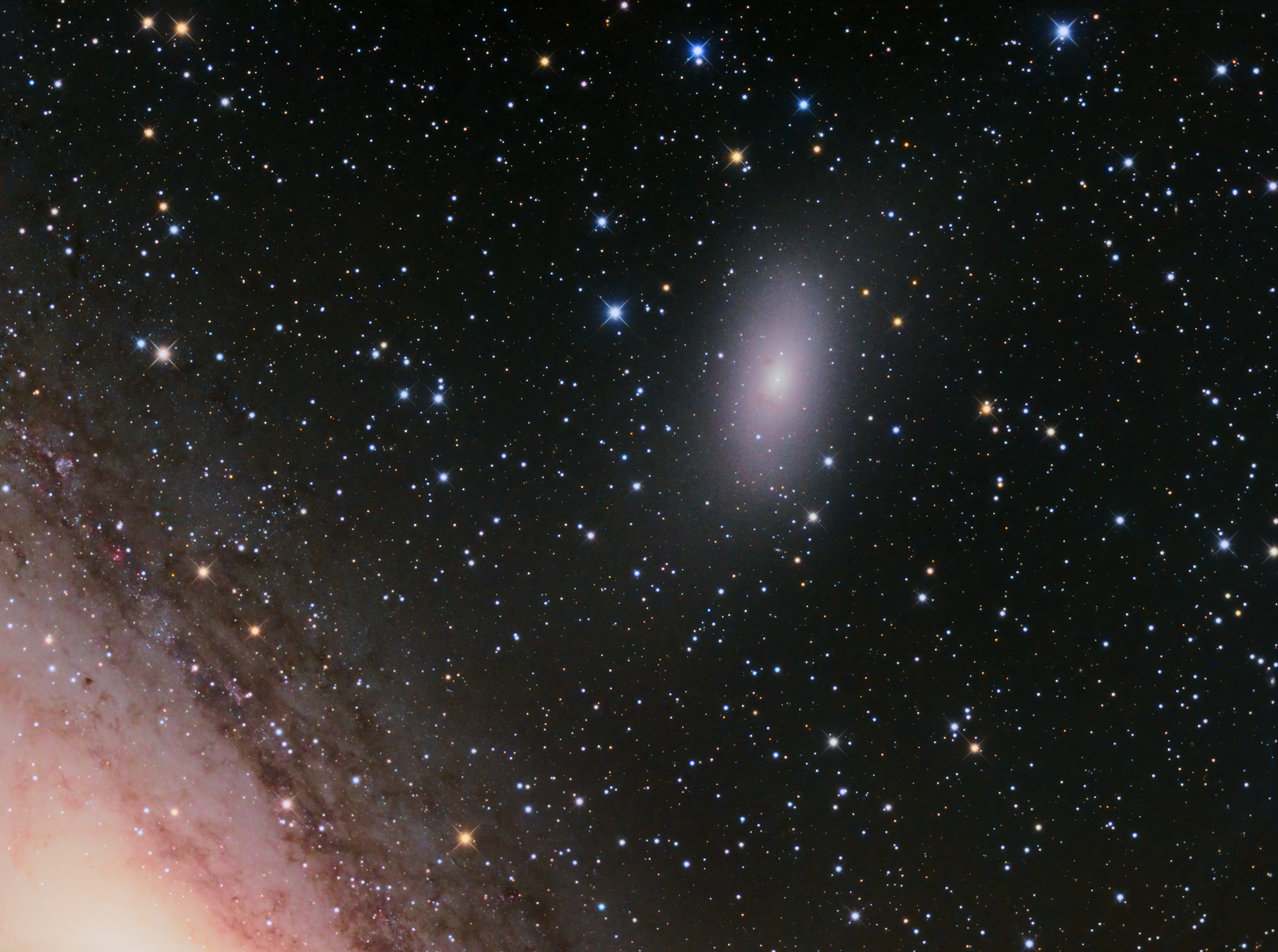 For our first Picture of the Week for 2021 we feature this excellent image by David Davies of one of the satellite galaxies of Messier 31. David describes his image as follows; "I think that M110 is a galaxy that many will have observed and imaged since it lingers as a small, pale elliptical blob on the periphery of its giant, close neighbour, the Andromeda galaxy, M31. So if you have observed M31, you can also tick off M110. During November of 2020, I thought it would be interesting to have closer look at M110 to see what it might be revealed.

M110 (NGC 205) was first observed by Charles Messier on 10th August 1773 but it never occurred to him to enter it into his catalogue, although he made a sketch of it and made notes of what he observed. It wasn't until 1966 that Kenneth Glyn Jones suggested that the galaxy should be added to Messier's catalogue as M110.
M110 is a spheroidal dwarf galaxy which is deformed by tidal interactions with M31. The image shows two dark patches near the centre and there is some suggestion of the tidal stream between M110 and M31. We can also see some of the globular clusters in M110 that I initially mistook to be misshapen stars due to the appearance of what looks like a slightly offset core or a slightly fuzzier stars. I must admit, I have particularly enjoyed the effect of looking over the shoulder of M31 at M110 and have been surprised to see how much detail has been resolved in the part of M31 in the image."
Data were captured with NINA, images calibrated using Deep Sky Stacker and assembled and processed in Pixinsight and Photoshop. Colour calibration with Photometric Colour Calibration in Pixinsight.