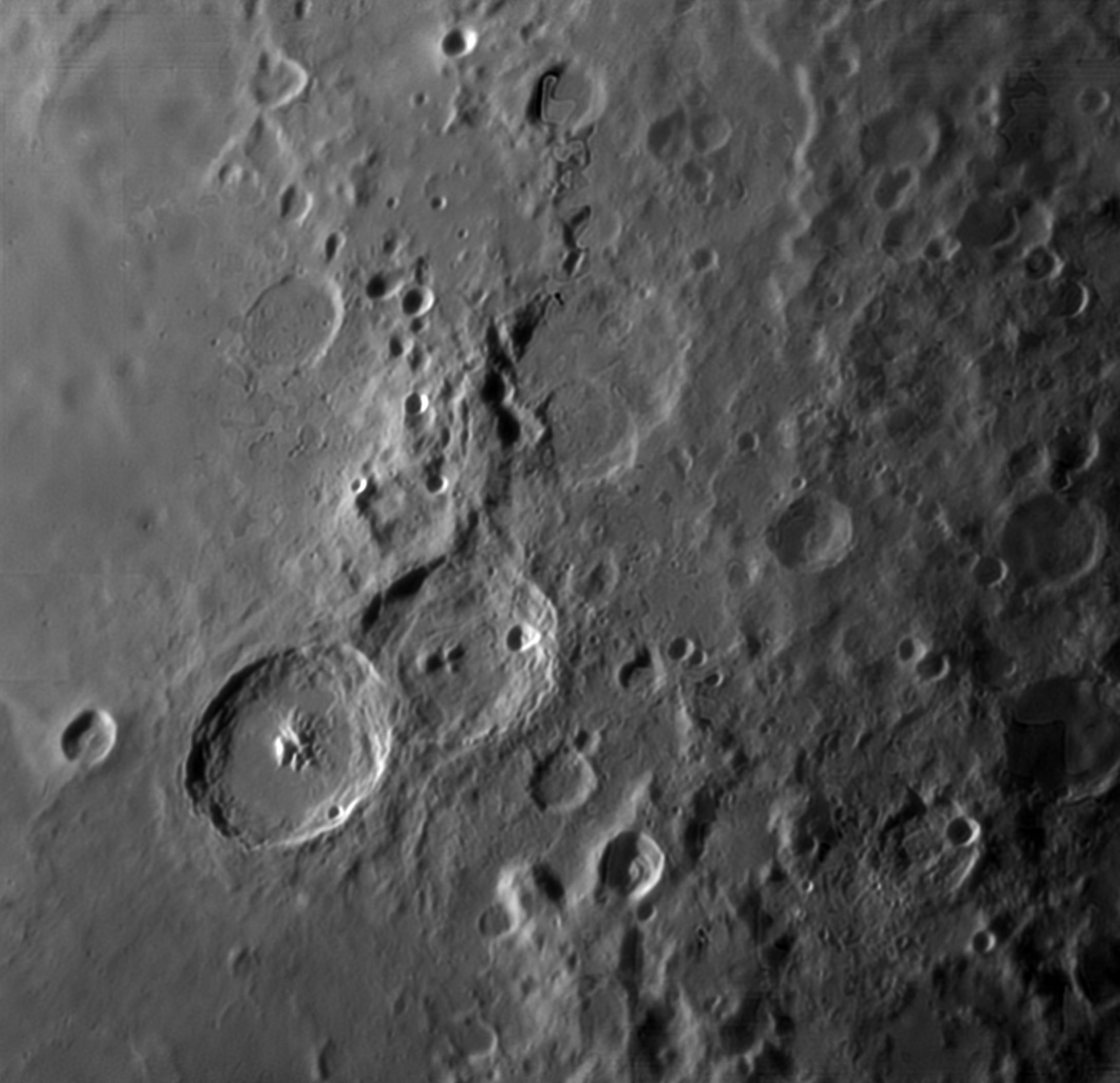 The wind was quite gusty this evening and a quarter of the way through the first imaging attempt a strong gust moved the region of interest off the chip, only a few arcmin but enough. Having a large Newtonian is nice but it can be vulnerable to the wind. Anyway, I aborted the attempt and processed the part recorded file. The result was not too bad.

From bottom to top the three prominent craters are Thephilus, Cyrillus and Catharina. For scale, Theophilus is 100km in diameter. To the top left is the 'bay' Fracastorius and to its lower right the mostly flooded Beaumont.

Final processing of the image was done in ImPPG and Photoshop Elements.