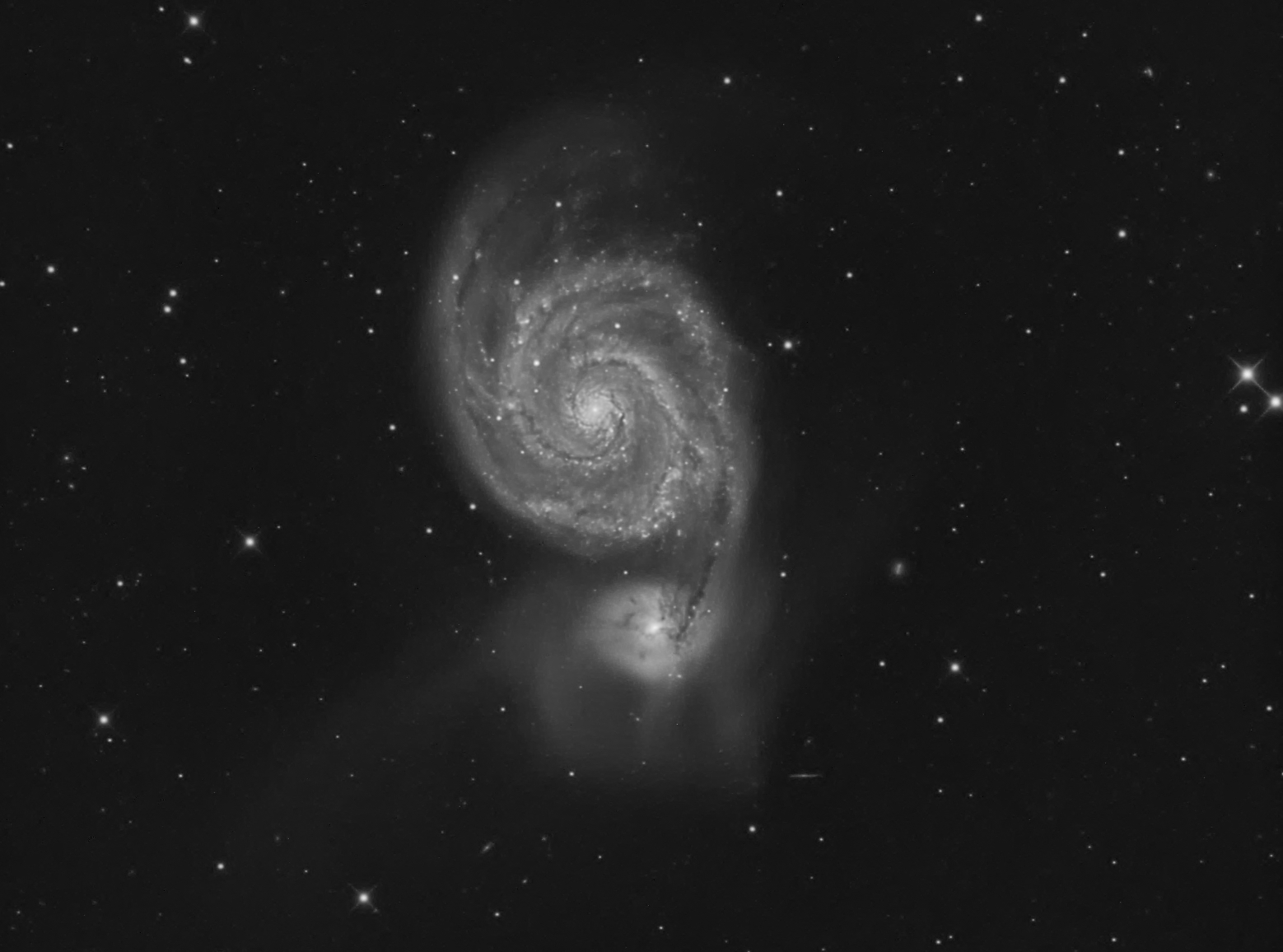 I tend to not use my home scope so much for deep sky work these days, instead using it for variable star work (the weather is unreliable in the UK - it means it's sometimes just impossible to finish projects off!).

I had been gathering data on V447 UMa and V451 Dra, and with high thin cloud coming through, I thought I'd grab some "nonsense" data on M51. I'd never imaged this before, and wanted to see what the 14" newtonian could pickout in the short time I had available, especially since I'd resolved the mechanical issue resulting in some of the poor tracking that I'd had on my home kit (it doesn't matter so much for variable star work, more so for long exposure astrophotography!).

I landed up with just over an hour of data through the "C" filter - reduced in PI, and then with Mure Denoise, Deconvolution, Masked and Arcsinh stretches, histogram adjustments with HDRMT, LHE.

Unsurprisingly, it could be deeper, and a bit less noisy in the background/faint regions (given the short total exposure), but there's some decent detail in the galaxy itself.

EDITED - Another stab at this from scratch, handled noise a bit better and a bit less harsh.

Ron Arbour,  Manolo_Rodriguez,  David Basey,  Jeremy Shears,  Graham Winstanley,  Martina McGovern,  Mike Harlow,  Callum Potter,  Martin Lewis,  Eric Watkins
Copyright of all images and other observations submitted to the BAA remains with the owner of the work. Reproduction of work by third parties is expressly forbidden without the consent of the copyright holder. By submitting images to this online gallery, you grant the BAA permission to reproduce them in any of our publications.