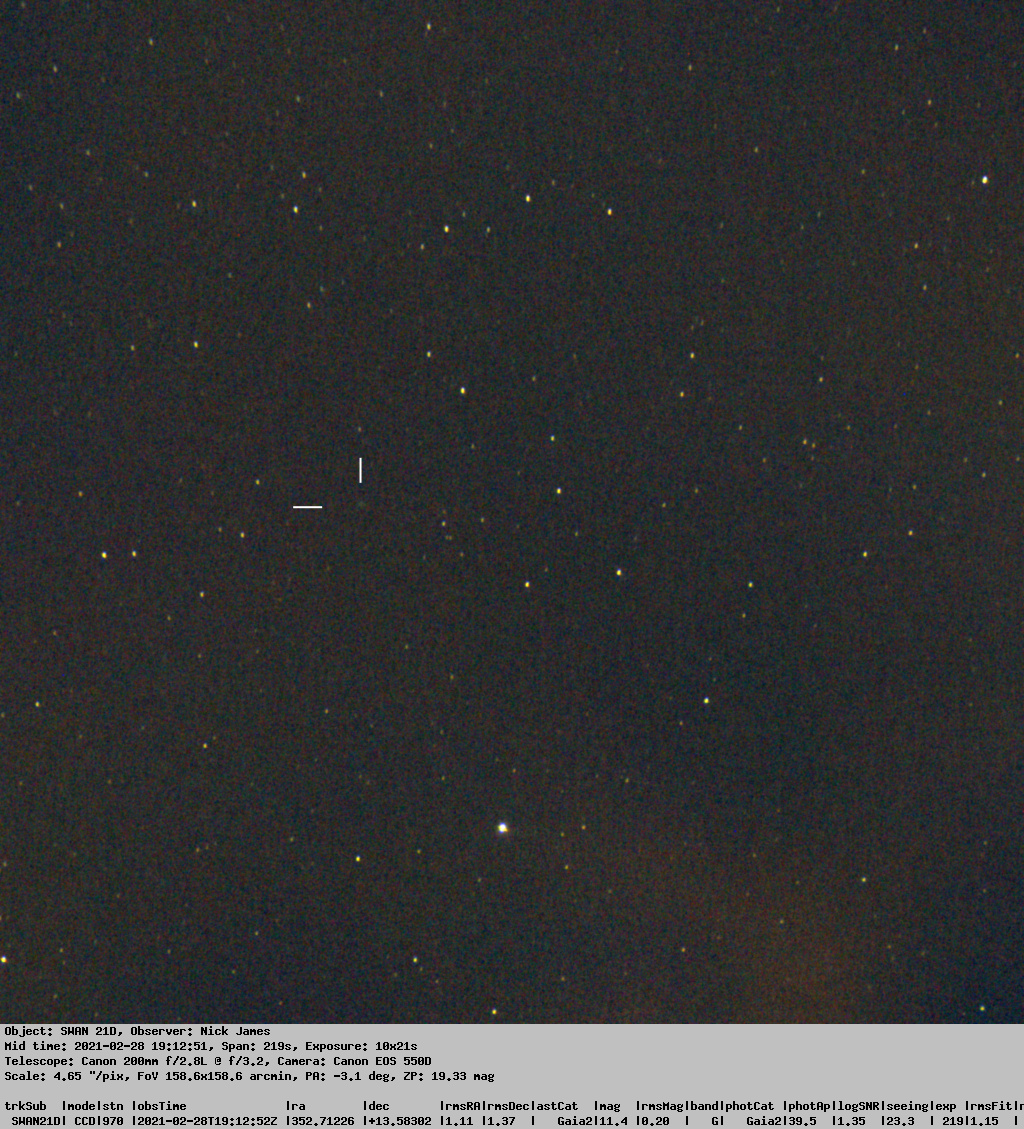 On February 25 Michael Mattiazzo (Swan Hill, Victoria, Australia) reported on comets-ml a possible comet in SWAN spacecraft data moving north through Pegasus. He noted that the comet appeared to be brightening at magnitude 11-12 and would be visible low in the northern hemisphere evening twilight. The position on Feb 25 was approximately 23h 23m, +13 deg. Various unsuccessful searches were made for the comet and it was listed on the NEOCP on February 27. I tried searching for it yesterday evening (Feb 27) using a Canon EOS550D and a 200mm, f/2.8L on a Star Adventurer mount but had no luck due to haze near the horizon.

Finally, on February 28 the comet was imaged by Krisztián Sárneczky (K88), Michael Jaeger (A71) and Luca Buzzi (204). Following Michael's alert this evening I had another go with my 200mm lens and managed to detect the comet as shown in this image. It is around 11th magnitude. Using the precise positions from tonight it appears that the comet was detected yesterday on an image taken by Nico Lefadeux using a 200mm lens but this is not confirmed.

David Basey,  Paul G. Abel,  Ron Johnson,  Mike Harlow
Copyright of all images and other observations submitted to the BAA remains with the owner of the work. Reproduction of work by third parties is expressly forbidden without the consent of the copyright holder. By submitting images to this online gallery, you grant the BAA permission to reproduce them in any of our publications.