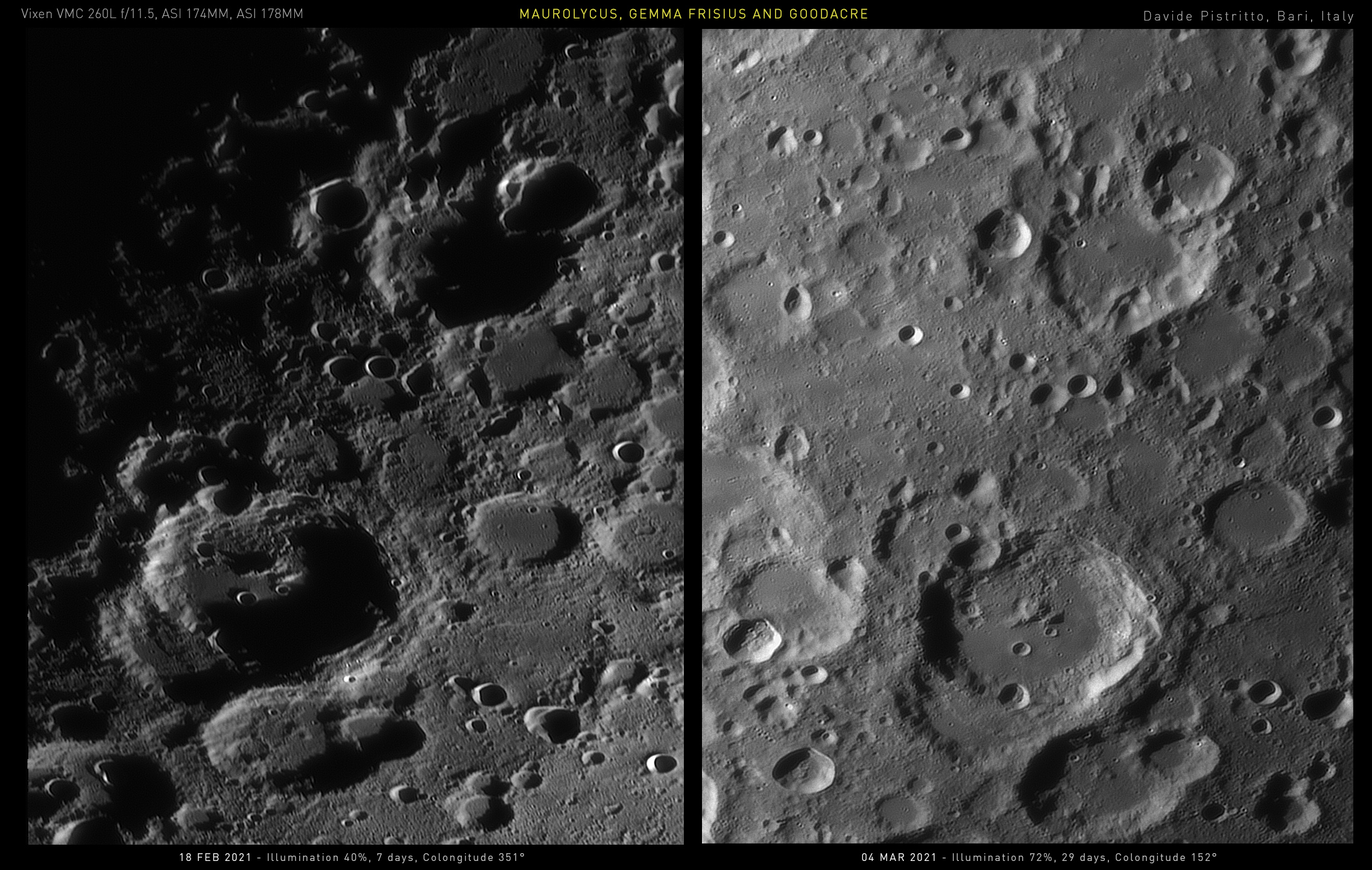 The large high-pressure window that has covered Italy for two weeks has allowed me to obtain these two shots of the same lunar area 15 days apart.

Maurolycus is a well-known crater, characterized by its central peak, its circular shape and the couple it makes up with the adjacent Barocius.

Its walls are high and steep in the east while in the west it has a double wall.

Its bottom has numerous craterins including Maurolycus J in the center and M in the west.

Its central peak is not actually positioned in the center of the crater, but rather moves a little to the north.

Instead, a little to the north, I discover a "new" crater for me: Gemma Frisius together with Goodacre.

The couple is beautiful and the first crater is a rather damaged formation.

The mount inside its floors seems to be the only part of the crater that is not ruined by the presence of other craterlets.

While Goodacre is the "great destroyer" of Gemma's northern walls.

In the image I place, two shots 15 days apart, it is possible to appreciate the obvious different opposite solar illumination as well as the lunar libration that is shown to the observer with the effect of the shape of the craters slightly but evidently changed and, even if the orientation of the room is not perfectly corresponding, the same effect is evident.

Bill Leatherbarrow,  David Basey
Copyright of all images and other observations submitted to the BAA remains with the owner of the work. Reproduction of work by third parties is expressly forbidden without the consent of the copyright holder. By submitting images to this online gallery, you grant the BAA permission to reproduce them in any of our publications.