Observation by Robin Leadbeater: SN 2021J - Teasing out the spectrum 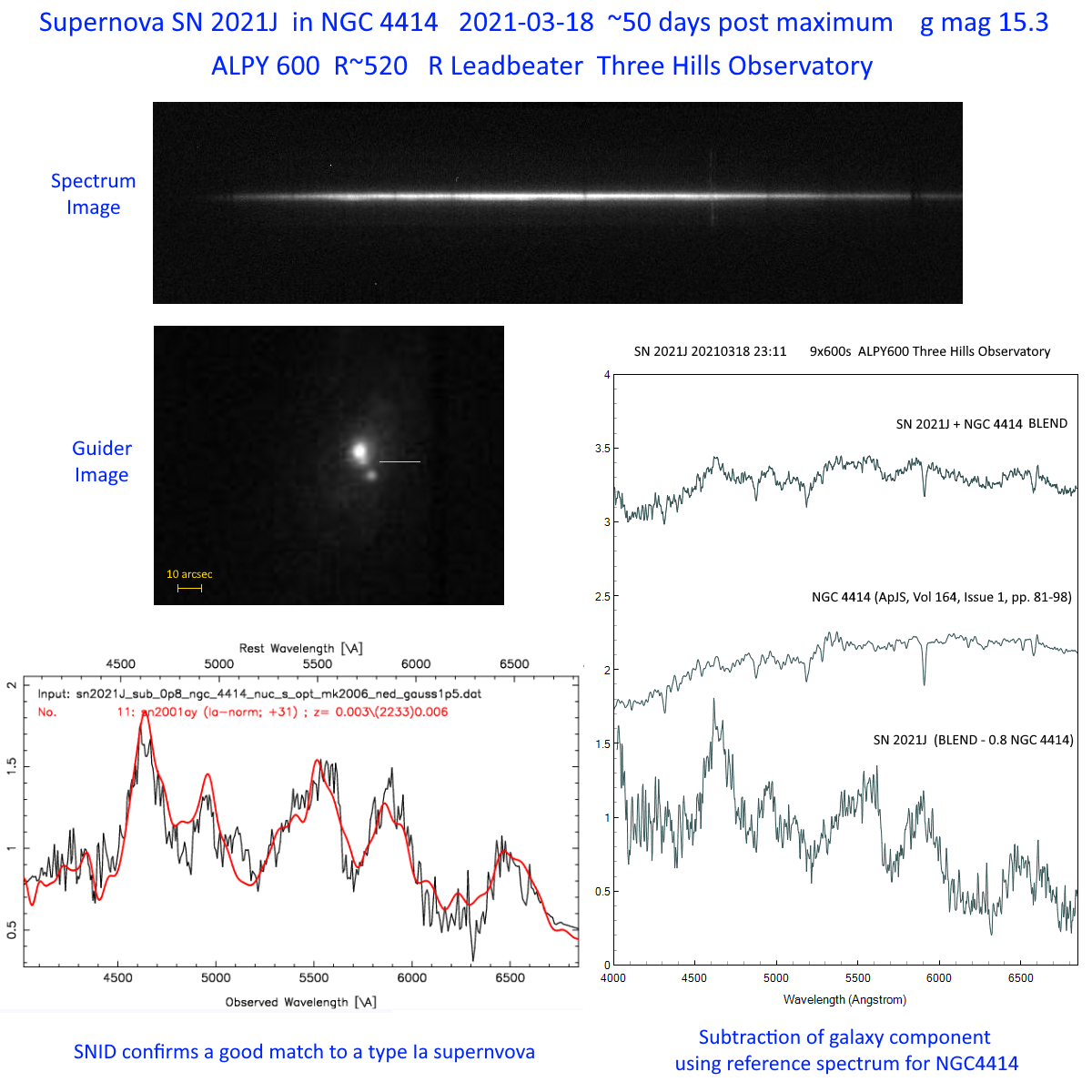 Discovered by the Zwicky Transient Facility on New Years Day 2021, SN 2021J  in NGC 4414 was a bright one as supernovae go, reaching mag 12.5 at the end of January. Here though about 50 days later it has faded to mag 15.3 and its proximity to the galaxy core makes it difficult to avoid severe contamination in the spectrum from the brighter host galaxy.

Fortunately there are historic spectra of NGC 4414 available in the literature and accessible in digital form via the NASA Extragalactic Database. These can be used to subtract the galaxy spectrum from the blend revealing the spectrum of the supernova.(Done by matching the intensity of the narrow galactic absorption lines.  In this case only ~20% of the light in the spectrum is from the supernova.)

Comparison with the spectra of other supernovae using the supernova identification program SNID confirms it still matches a type Ia in agreement with the original classification made at discovery, even though  the spectrum has evolved significantly.

David Basey,  Hugh Allen,  Jeremy Shears,  Mike Harlow,  Graham Winstanley,  Maxim Usatov,  Peter Carson
Copyright of all images and other observations submitted to the BAA remains with the owner of the work. Reproduction of work by third parties is expressly forbidden without the consent of the copyright holder. By submitting images to this online gallery, you grant the BAA permission to reproduce them in any of our publications.