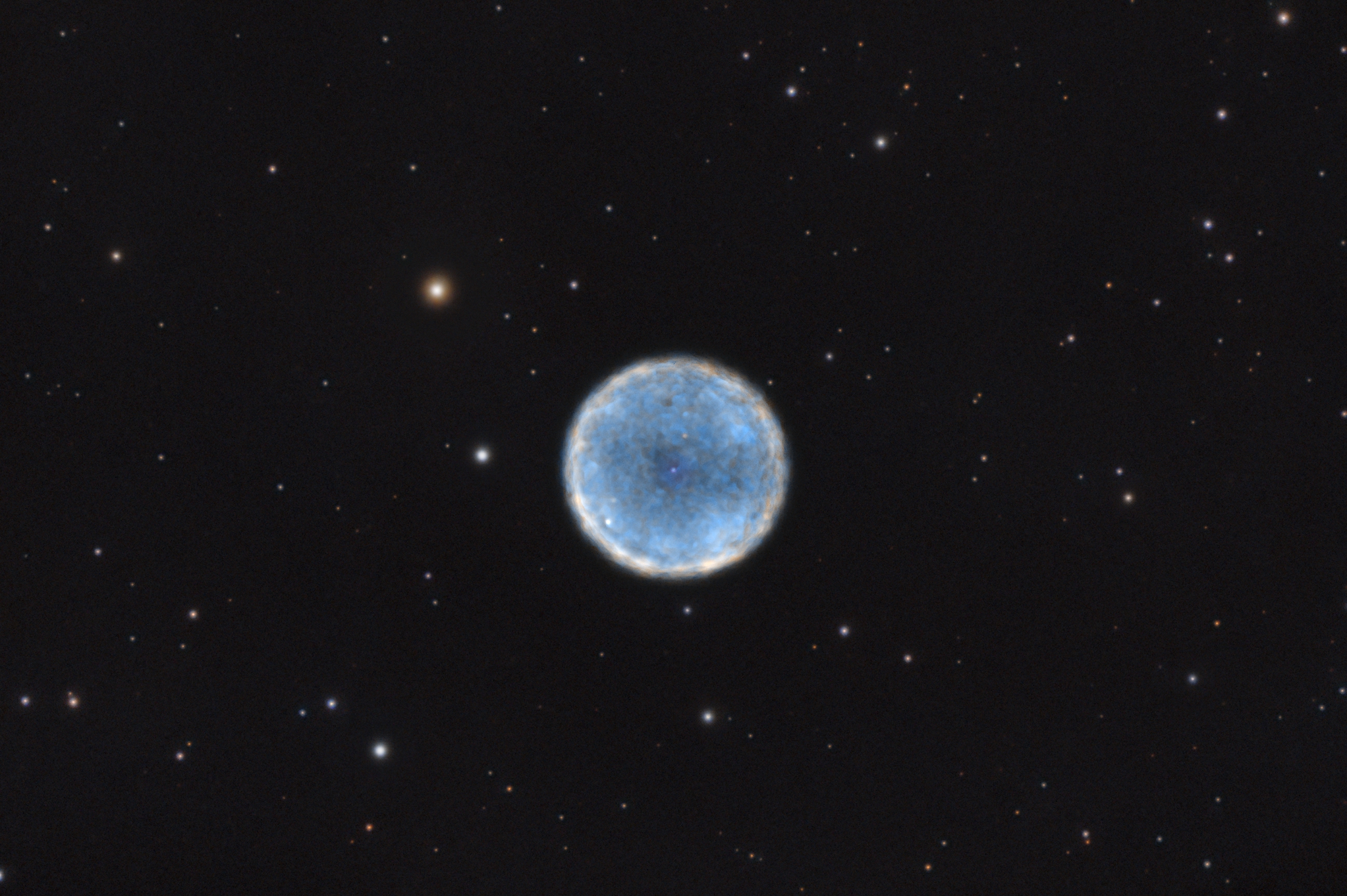 This is my attempt at Abell 16,  a faint planetary nebula in the constellation of Lynx.

In this image north is to the right and east is to the bottom. For the nebula, the narrow band channels have been blended according to the following scheme:

The background stars are 30x60s each in red, green and blue.

Abell 16 is one of the few examples of spherical PNe. Unfortunately, it is very faint and so is rarely imaged and doesn’t show up much in the professional literature. I found one study on the deceleration of nebula shells that talks about it, but otherwise it tends to show up in various surveys. From these we can glean the distance of (2413 lightyears), a diameter of ~3 lightyears and gas expansion speeds of ~37km/s.

PNe are the result of a slowly expanding shell of gas ejected by the progenitor star in its AGB phase, interacting with the faster stellar wind given off when the progenitor star’s core is exposed. Often these winds are shaped by magnetic fields, companion stars, the interstellar medium and other effects, but in this case the gases appeared to have expanded equally in all directions.

Given that this interaction results in the turbulent mixing of bubbles of hot gas, I have deliberately highlighted the layers containing structures with a size similar to the FHWM of the image to give the impression of a roiling, boiling sphere of expanding gasses.

I would second Martina. Love the fine detail....

Ian Smith
Copyright of all images and other observations submitted to the BAA remains with the owner of the work. Reproduction of work by third parties is expressly forbidden without the consent of the copyright holder. By submitting images to this online gallery, you grant the BAA permission to reproduce them in any of our publications.