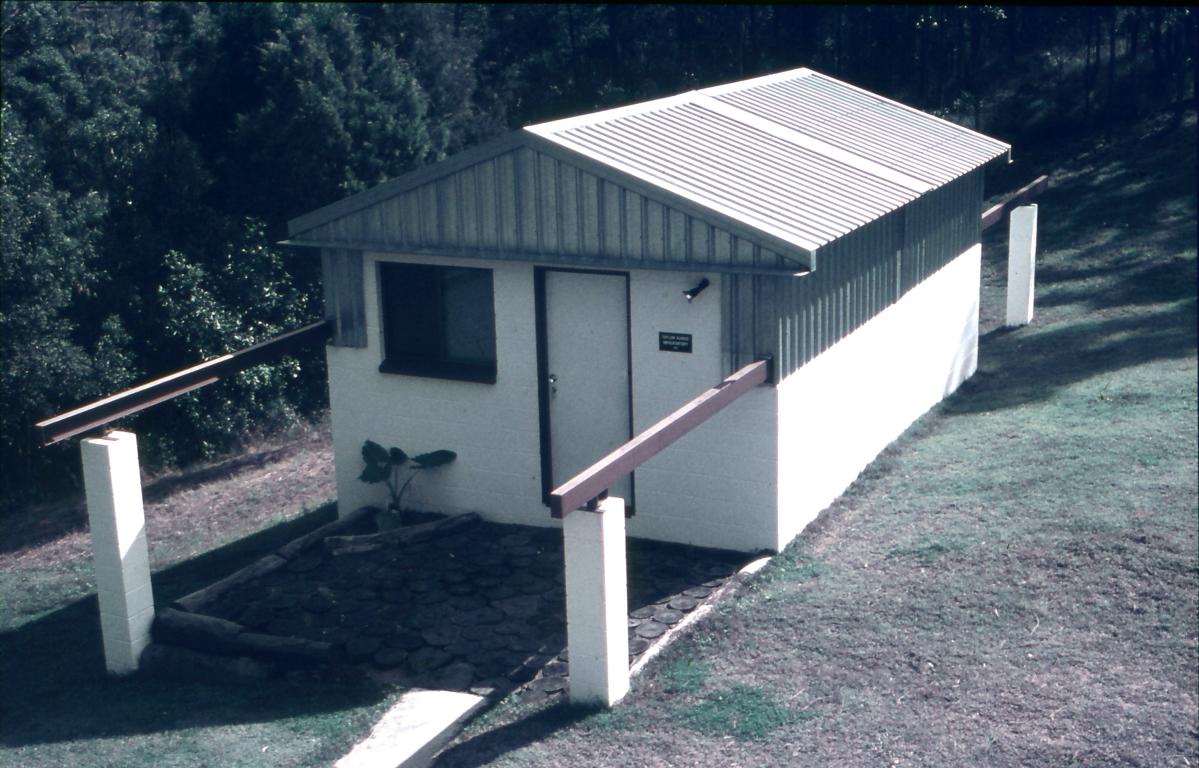 My observatory and its instruments became operational in January 1980, but it took around a year for finalisation of the painting and fitout. This photo, taken from the house roof shows the completed appearance in 1981. Apart from a ventilator on the roof and paving the entry area, the roof was painted in 2017 with a heat reflective membrane. The interior had been getting uncomfortably warm during the daytime as the sheetmetal roof aged and reflected less of the sunlight. A photograph of the 2017 view of the observatory from the north-east has previously been posted to this site, but I did not have a recent one from the south. I corrected that today and the next image shows the observatory from the south-west.

David Basey,  Jeremy Shears,  Alan Thomas,  Graham Winstanley,  Callum Potter,  Paul Leyland
Copyright of all images and other observations submitted to the BAA remains with the owner of the work. Reproduction of work by third parties is expressly forbidden without the consent of the copyright holder. By submitting images to this online gallery, you grant the BAA permission to reproduce them in any of our publications.