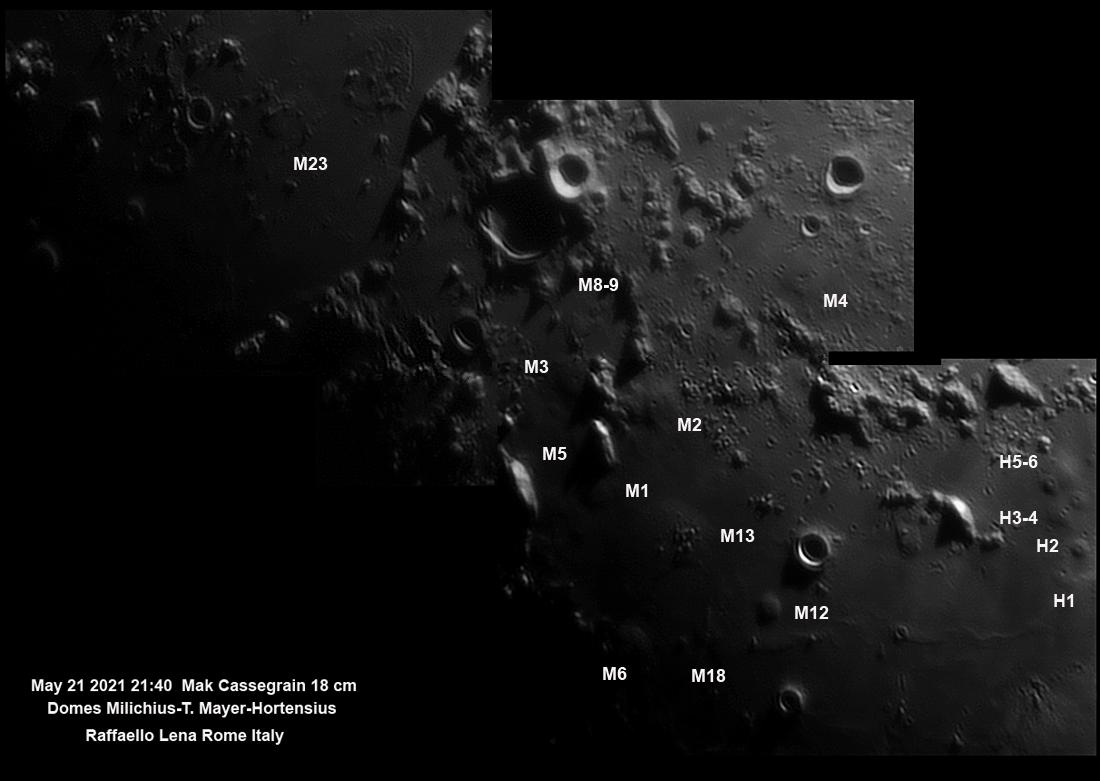 Lunar domes formed during the terminal phases of lunar eruptions and mostly occur in the maria. These volcanic constructs, formed during the later stages of volcanic episode on the Moon, characterized by a decreasing rate of lava extrusion and comparably low eruption temperatures, resulted in the formation of effusive domes. Most lunar domes are hemispherical and have summit pits and were formed by outpouring of magma from a central vent (effusive eruption). The image displays some domes in Milichius-T. Mayer-Hortensius region. Mak Cassegrain 18 cm

Bill Leatherbarrow,  David Basey
Copyright of all images and other observations submitted to the BAA remains with the owner of the work. Reproduction of work by third parties is expressly forbidden without the consent of the copyright holder. By submitting images to this online gallery, you grant the BAA permission to reproduce them in any of our publications.