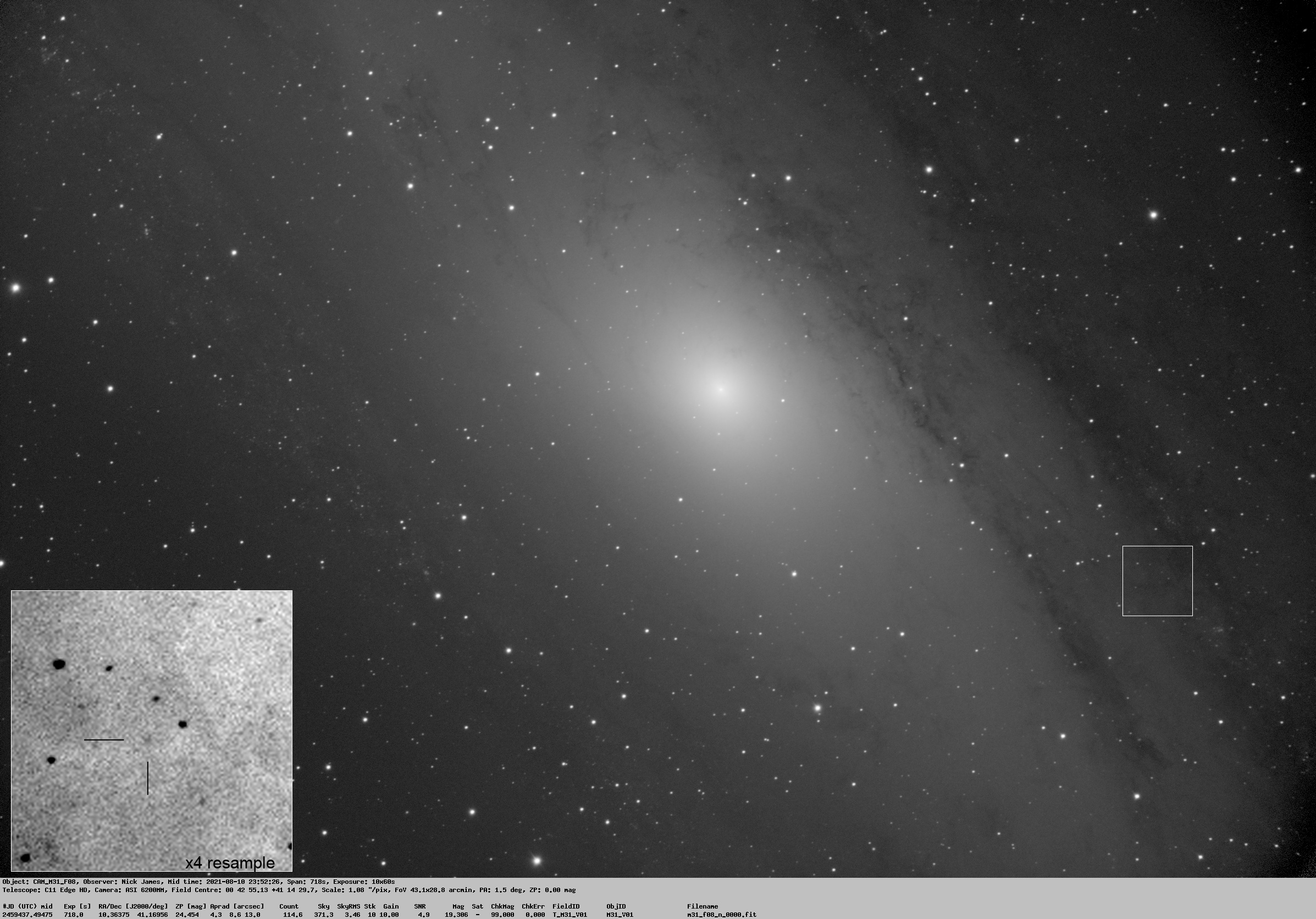 I was taking to Nick Hewitt the other day about his talk on the Great Debate and Hubble's discovery of the first Cepheid in M31 which led to the first accurate distance estimate of that galaxy. There is a nice finder chart taken with the INT here and here it is on one of my patrol images taken with a much smaller telescope. It looks to be faint at the moment at below mag 19. I'll keep an eye on it.

I managed to find an online catalogue of Cepheids in M31 here and have overlaid positions for objects brighter than 20 at max on a mosaic of my patrol frames of M31 taken on 2021 August 10 shown here. Each of the panels in the mosaic is around 40'x30' so this covers most of the disc of the galaxy. The image has had the diffuse background light from the galaxy removed. There are objects in quite a few of the circles.

Could you explain how you removed the diffuse background from your image please?

It is something I often want to do but have only used ad hoc home-brew solutions up to now.

For every pixel compute the median of the pixels within a specified radius of this point and then subtract this from the pixel value. It is quite compute intensive since you need to calculate as many medians as there are pixels in the image but it is effective. I tend to use r=6  with my setup (corresponding to a radius of around 8 arcsec) and it takes about 20s to do this for a 2400x1600 image on a fast machine. I have started playing around with the Nvidia CUDA API and that will be a *lot* faster.