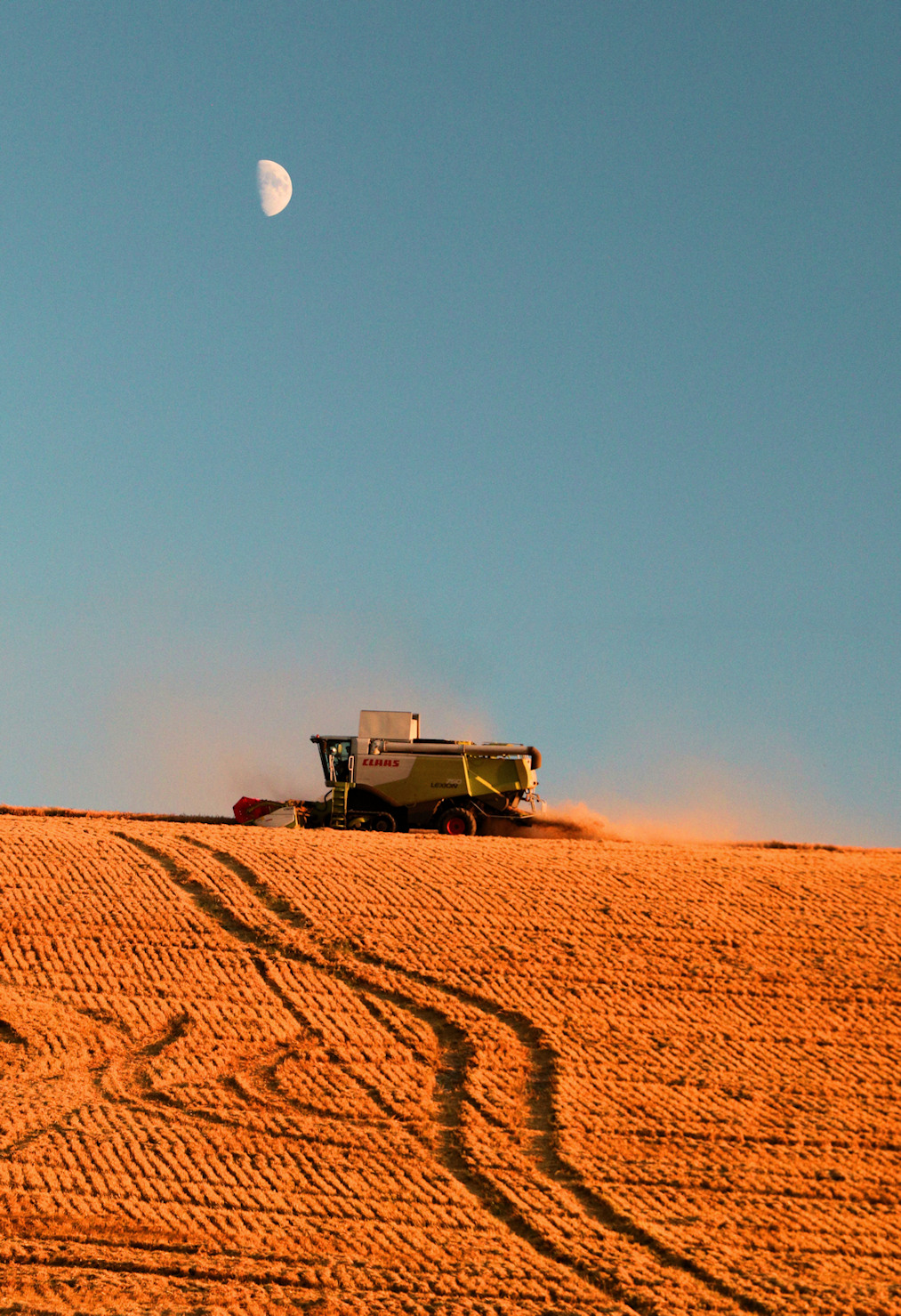 I was lucky enough to spot this harvester on a ridge in Broad Chalke. It was illuminated in an entirely unexpected blue sky (dull afternoon) and a reddening sun. The cut corn was deep, deep red - especially so because the camera I had with me had its polariser on - I had forgotten to put it away after the last time I used the camera.

The photo was taken in a rush and only 4 frames, one of those blurred, were caught before it ended up behind a telegraph pole and went over the ridge. I wish I had seen it earlier when it was facing the sun, but with the drone of the combines a continual thing the last few days, you just don't notice.

Yes, the last few days they have been very busy on fields hereabouts and they work on into the night with very bright lights on the front. Where do all of the combine harvesters go for the rest of the year?

Perhaps they are migratory?

What do you think the air speed is of an unladen combine?

I guess it depends on what you launch it from.

Doesn't so much fly as plummet.