Observation by Nick James: Lucy in the sky...

Lucy spacecraft and its upper stage 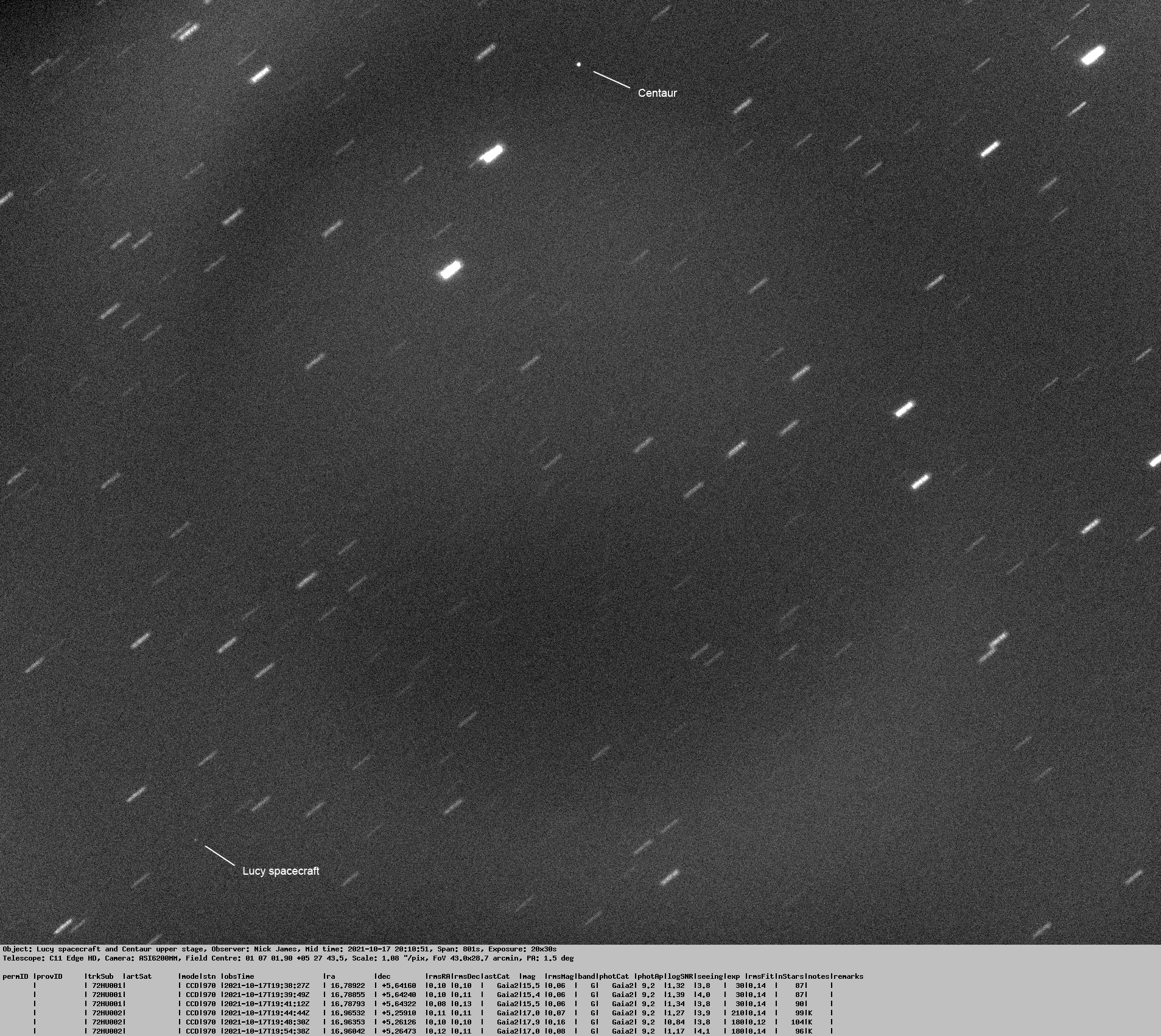 NASA's Lucy mission was launched at 09:34 UT on Saturday morning on an Atlas-V Centaur from SLC41 at Cape Canaveral. It is heading off to investigate many Jupiter Trojan asteroids. Tonight (Sunday) it is just under 700,000 km away from the Earth and both the spacecraft and the upper Centaur stage are visible on this image. The Centaur is the brighter object around 22 arcmin north of the spacecraft. The spacecraft is around mag 17 and was quite challenging since the Moon is relatively nearby in the sky tonight. Apparently it is named after Lucy the fossil hominid, not the Beatles song.

Impressive to image the spacecraft at such a distance, I guess the solar panels were deployed?  It raises the question of how bright the James Webb space telescope will be when it reaches its final position.  Given the size of the sunshield I imagine it should be a relatively easy target for imagers if the orientation is just right. I'm sure you've done the calculations?!

It depends very much on the aspect angle. Gaia which is a much smaller spacecraft than JWST is around 20 - 21 at L2 (1.5 million km). This is actually much fainter than expected and meant that getting high precision astrometry of it was very difficult. This was needed since they need to know the spacecraft position to within 150m or so. ESA did some experiments changing the spacecraft aspect angle and it brightened considerably to around16 I think. JWST has a large sunshield that points in our direction and its brightness will depend on how rough that is, i.e. how much light is scattered rather than reflected back to us. It should be well within the range of amateur scopes though.

Thanks Nick, interesting background information.  Looking forward to seeing what happens after JWST is launched,