Uranus and its five main moons 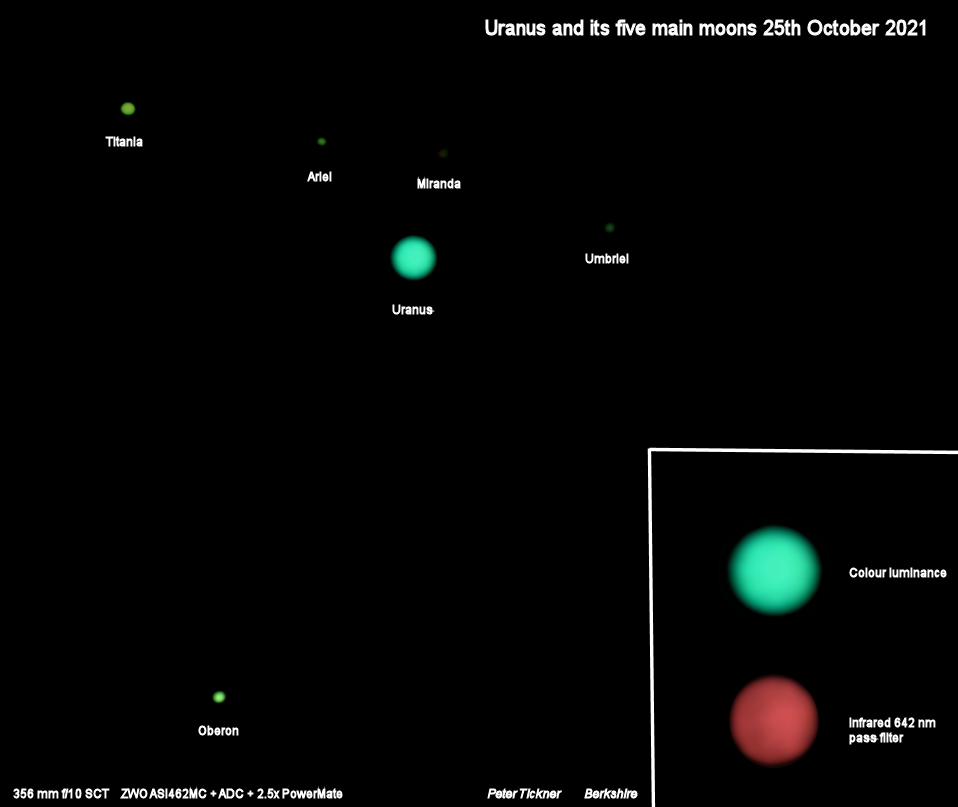 This is separate images in sequence taken first of Uranus and then an over-exposed Uranus to capture the moons on a steadier than usual night.  I had to work my way manually through individual FITS files converted from the original video to extract only those frames where the moons were well displayed.  Even so the limitations of a 14inch SCT mean that although all the moons are in their right places, their apparent angular sizes relative to Uranus are larger due to the light scattering effect of the much slower frame rate used to capture the faint moons.  I then removed the over-exposed Uranus from the final stack of the moons and replaced it with a normally exposed image taken with the same kit just before the images to capture the moons.  Miranda was still in the glow of Uranus hence its very pale appearance.

Why don't you convert the IR to mono then make this RGB (all colours will be same grey level) then do a colour balance to match the colour to the true colour of Uranus. Then you'll have the right (false) colour but have detail from the IR. In the IR you see hints of the slightly lighter polar region and tilt.