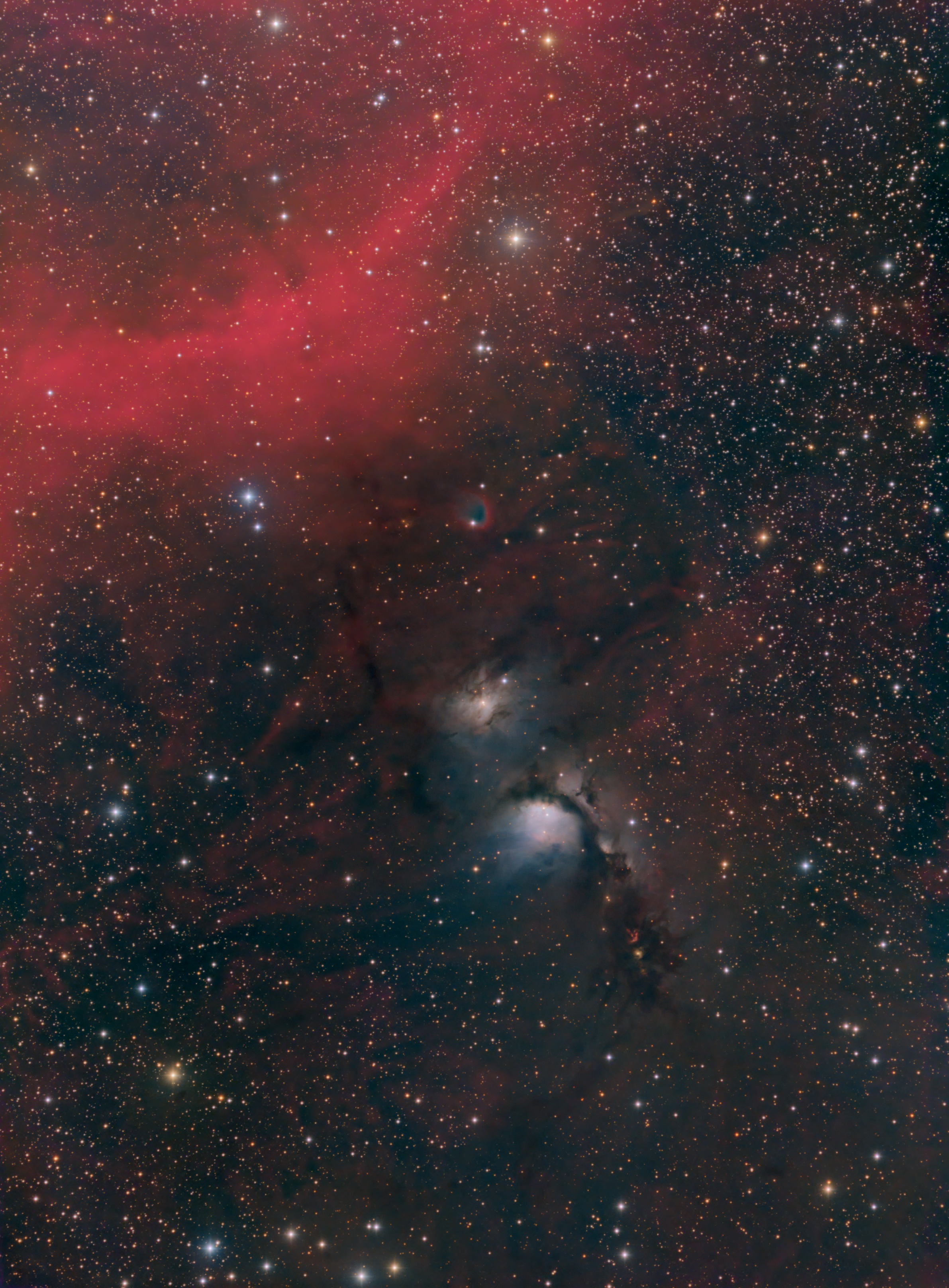 M78 in Orion - not as famous as the "other" Messier nebulae, but a very interesting object nonetheless containing further areas of star formation, but with many young stars hidden in visible wavelengths (but which shine in IR). A few young stars are evident as Herbig Haro objects. M78 is the brighter of the group of reflection nebulae including NGC 2064, NGC 2067 and NGC 2071. McNeill's nebula is still not visible.

Shown also is part of Barnard's Loop (to the top), and the enigmatic object "Bernes 100" which glows like a miniature rainbow just to the North of M78. The whole region is bathed in fainter HA emission which has been incorporated into the LRGB image.