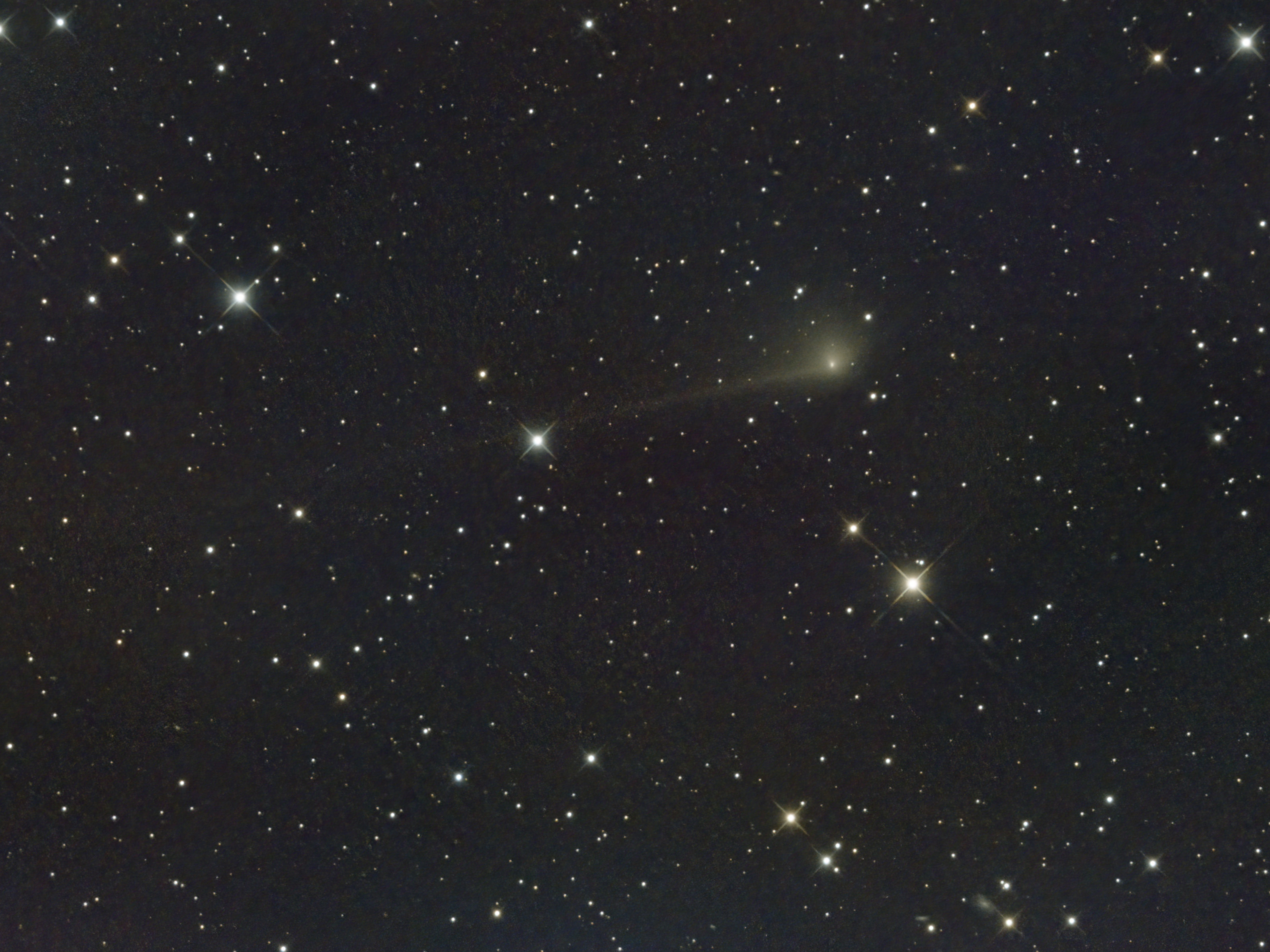 A chance observation of comet 67P whilst preparing to observe another object. I noticed it on my Carte du Cile sky chart as I was looking at other objects in Cancer.

Unfortunately, several frames were marked with satellite trails which I have managed to remove.

Alan Thomas,  David Basey,  Mattia Piccoli,  Nick James
Copyright of all images and other observations submitted to the BAA remains with the owner of the work. Reproduction of work by third parties is expressly forbidden without the consent of the copyright holder. By submitting images to this online gallery, you grant the BAA permission to reproduce them in any of our publications.