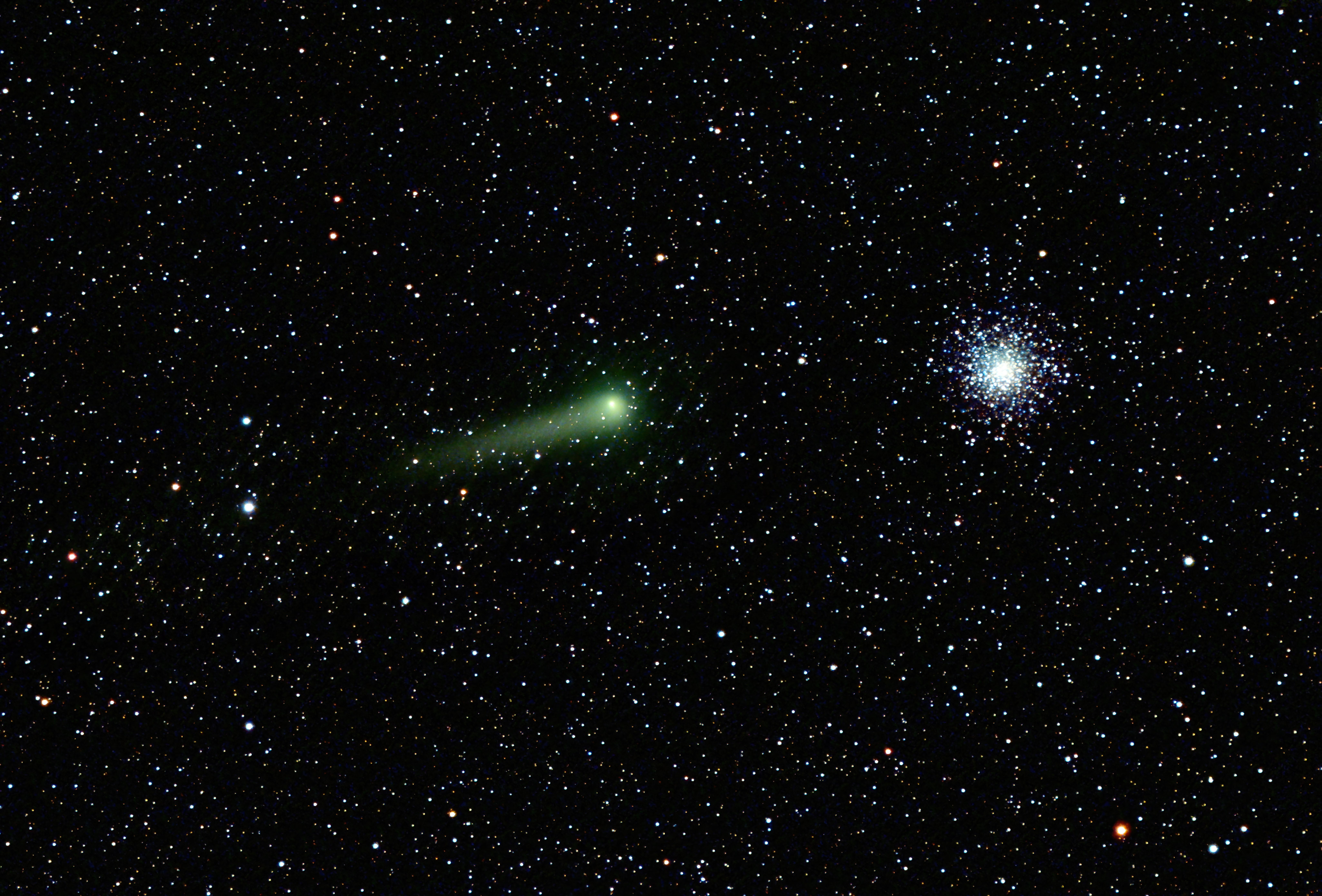 I captured this data on Thursday 14th July22 when the comet was at it’s closest approach to Earth and close to M10.

The comet is approx 168 million miles for us – M10 (in the Constellation of Ophiuchus) is approx 14,000 Light years from us.

I used a different combining technique than the one of K2 that I shared here on 10th July. This current image is made from two files i.e. stacking for the comet and stacking for stars in DSS then both are processed in PixInsight but instead of layering them in Photoshop I used Pixelmath to combine the two files. Plus, final touches in Photoshop & Topaz DeNoise. I like this one better than the previous version because you can see through the comet i.e. the stars ‘behind’ the comet show up better.

Every time I image a comet I learn more – happy days.

David Basey,  Grant Privett,  Jeremy Shears,  Gerard Cauchi,  Mike Greenhill-Hooper,  Simon Paul Davis,  Alan Thomas,  Nick James,  Brad Thomas,  Nick Hewitt,  Mattia Piccoli,  Chris Hooker
Copyright of all images and other observations submitted to the BAA remains with the owner of the work. Reproduction of work by third parties is expressly forbidden without the consent of the copyright holder. By submitting images to this online gallery, you grant the BAA permission to reproduce them in any of our publications.