At the moment comet C/2012 S1 is a 10th magnitude object in the morning sky. How it will look after perihelion in early December is highly dependent on what happens to it as it passes through perihelion at only 0.012au from the sun. The best scenario is that the small comet nucleus breaks up at perihelion so that significant volatiles and dust are then driven off to form a spectacular and bright tail. This would be similar to the case of Comet Lovejoy a couple of years ago which produced a spectacular display in the southern hemisphere 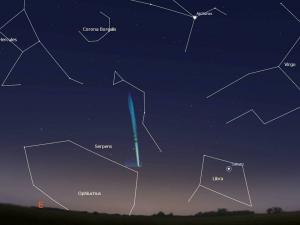