This comet has now been observed and imaged from UK latitudes as far north as 58N. It is currently in Eridanus moving north at around 2 deg per day and will move into Taurus in the second week of January. It currently transits due south at around 22h UT and visually it is around mag 5 although it will become easier to see as it brightens and gains altitude. Unfortunately the Moon is also in the evening sky and will interfere with observations for the next few days so the best views will probably come in from January 7th onwards. The following chart was prepared by Don Miles and appeared in BAA circular No. 833 dated 2014 December 19. There are potential widefield imaging opportunities in mid January when the comet is fairly close to the Pleiades. 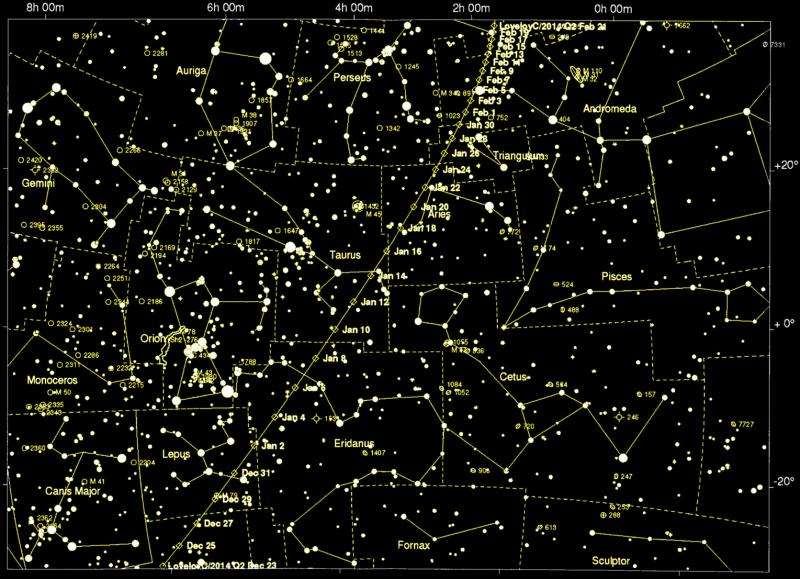 Drawings and images should be submitted to the Comet Section using the email address cometobs[at]britastro.org. Visual observations, preferably in the standard ICQ format should be sent to jsd[at]ast.cam.ac.uk. The BAA maintains an observation archive which is updated daily and you will find the most recent image of this comet here.

Jonathan Shanklin provided the current lightcurve shown below. The blue curve is the aperture corrected fit, which should give the naked eye peak brightness so on this basis we would expect the comet to peak just slightly fainter than 4th magnitude around January 10th. 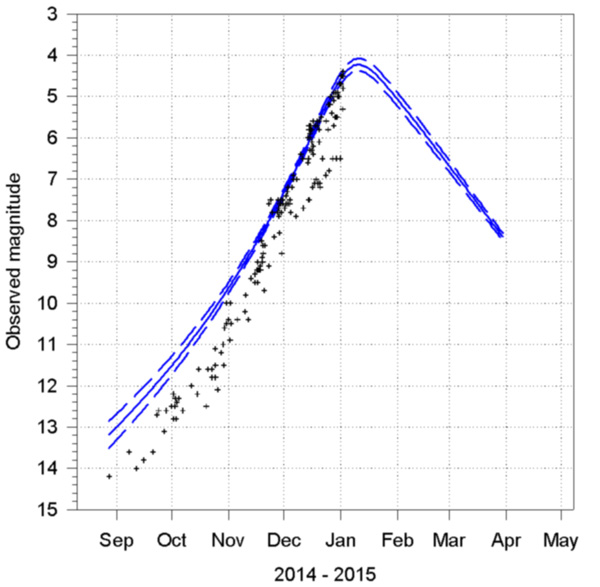 In images from more southern latitudes the comet shows spectacular detail but this is currently very difficult to pick up from the UK due to the low altitude. This should change over the next few weeks as the comet rises higher in our skies but UK observers are already picking up the tail as shown in the image below from David Arditti. 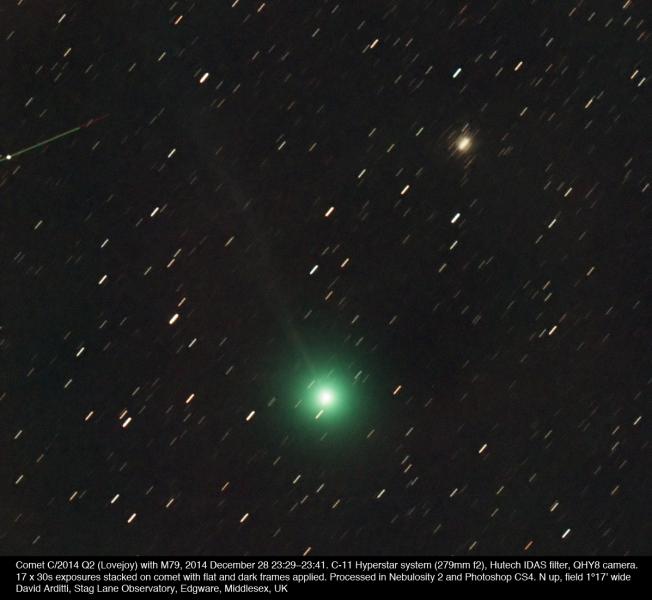