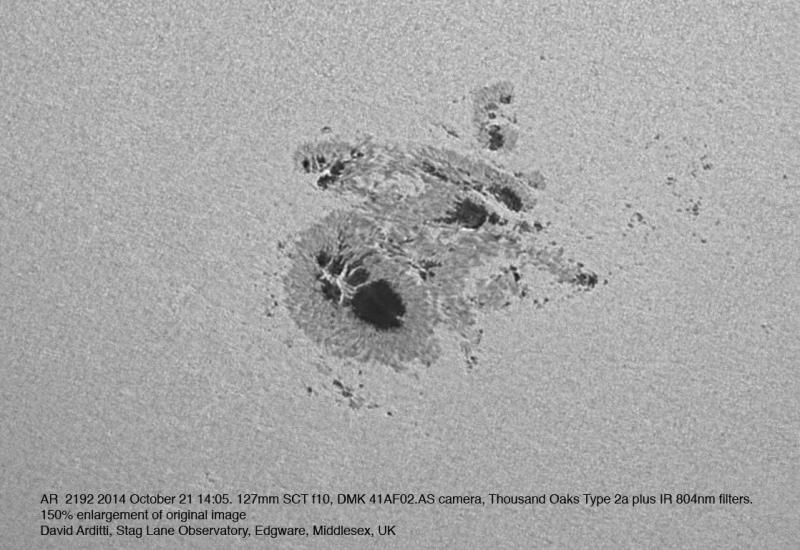 First moving on to the visible disk on October 17 on the south-eastern limb of the Sun, AR2192 (possibly a return of the old sunspot complex AR2172–2173) has proved to be the largest of the current solar cycle, at 2140 millionths of the surface (on October 22), and 125,000km wide (as large as Jupiter). It is clearly visible without a telescope, if eclipse glasses or AstroSolar film are used, or when the Sun is dimmed by fog or very low altitude. (Solar observation must, of course, always be performed with the correct, safe filters.)

NASA’s Solar Dynamics Observatory has produced a beautiful movie of the group’s evolution, here, and many BAA observers have been taking high-resolution images in white light, infrared and hydrogen alpha light, and full-disk images which set its scale into context.

The complex is now close to central on the visible disk, and has acquired a ‘beta-gamma-delta’ magnetic field. It has so far produced nine M-class flares and two X-class flares, which have produced short-lived high frequency radio blackouts. Flares are likely to be more geoeffective over the next few days, and if they produce a coronal mass ejection (CME) they could trigger strong aurorae. 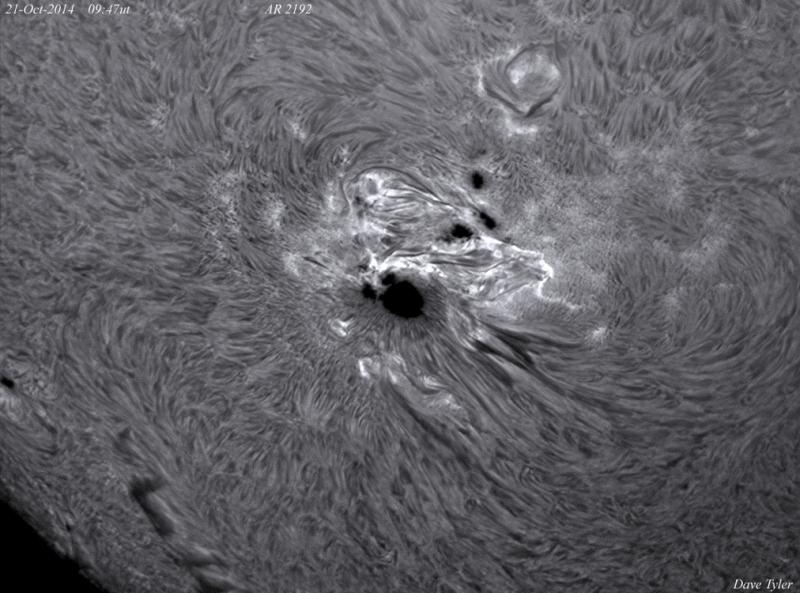 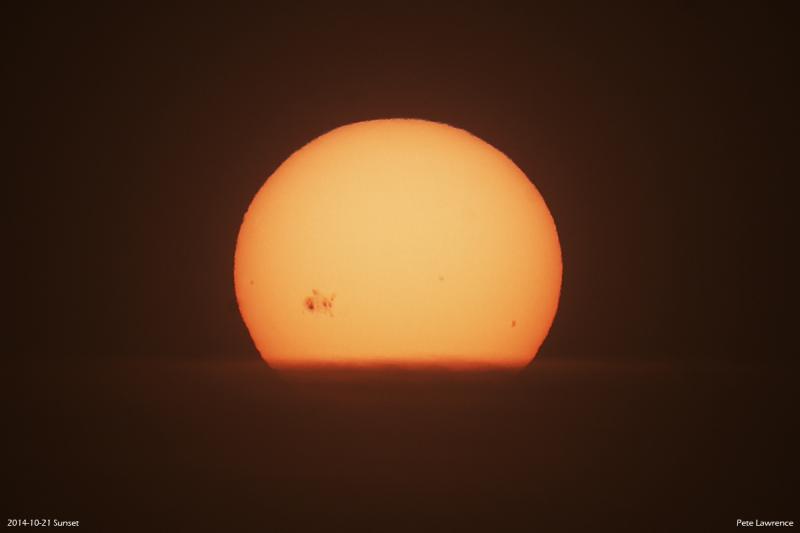