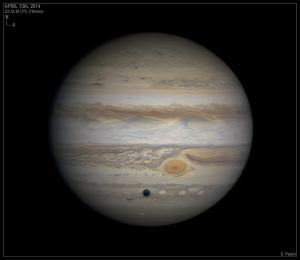 Observers have noticed that one feature of Jupiter this apparition has been the small size, and strong reddish colour, of the Great Red Spot.  Not only has its long-term shrinkage proceeded so it is smaller than ever before; we have also found that its internal rotation has speeded up.  We measured the internal circulation of the GRS on images taken by many amateur observers in 2014 Jan. and found a rotation period of only 3.6 days, shorter than any previous ground-based measurement, and evidence that the wind speed may also have increased. All this has happened just as an intense outbreak of spots on the adjacent eastward jetstream has been interacting with the GRS, suggesting a possible physical link. Our report was posted at: 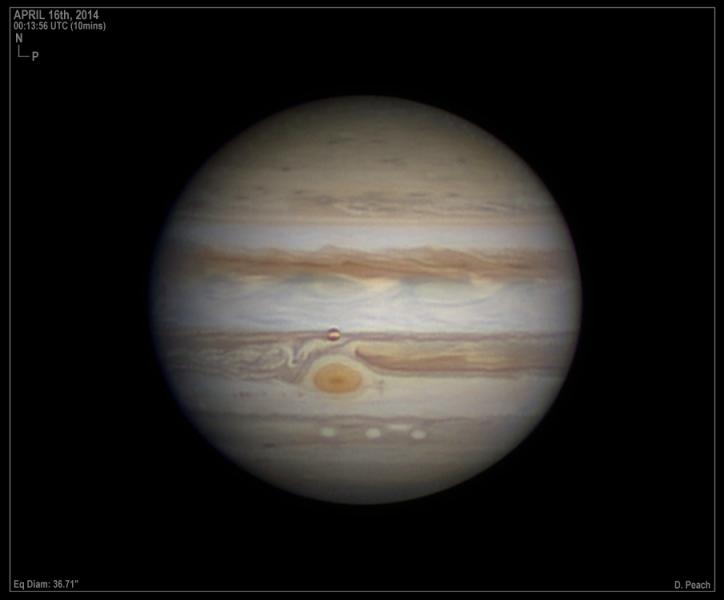 Acting on this evidence, Dr Amy Simon and colleagues got time at short notice for the Hubble Space Telescope to image the GRS on April 21.  A press release with the first colour image is at:

The Hubble images, taken ~10 hours apart, are now being used to investigate the GRS rotation and its interaction with the jetstream spots, in the hope of finding out why the GRS is shrinking and what drives its winds.  Through this project, we hope that amateur observations may lead to a significant advance in understanding Jupiter’s atmospheric dynamics.