On 7th March Ron Arbour identified a 16th magnitude new object in NGC 3861. He reported this to the Transient Object Confirmation Page. This is a page run by the Central Bureau for Astronomical Telegrams and it is used by observers to notify the world of suspect objects. The next day Martin Mobberley obtained this image using the iTelescope remote observatory at Siding Spring. The object was later spectroscopically confirmed as a Type-Ia supernova and designated SN 2014aa.

NGC 3861 is in Leo and it is well placed for observation at the moment although the supernova is only 4 arcseconds from the galaxy core so requires quite long focal lengths and good seeing to resolve. The position is 11 45 03.58 +19 58 25.4. 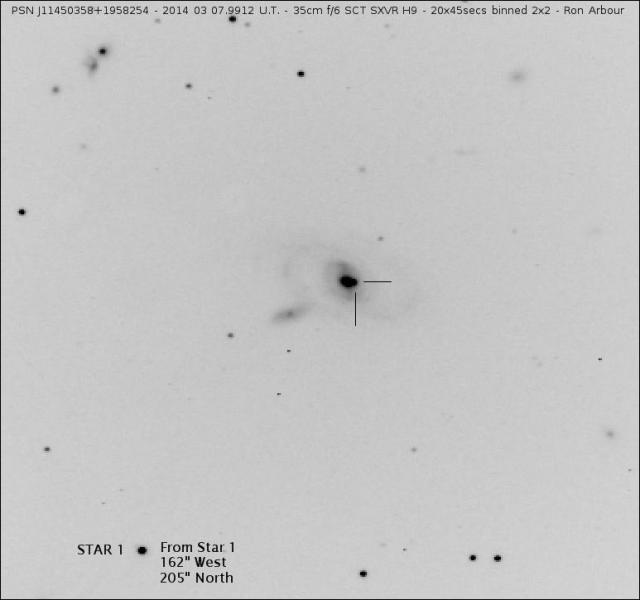