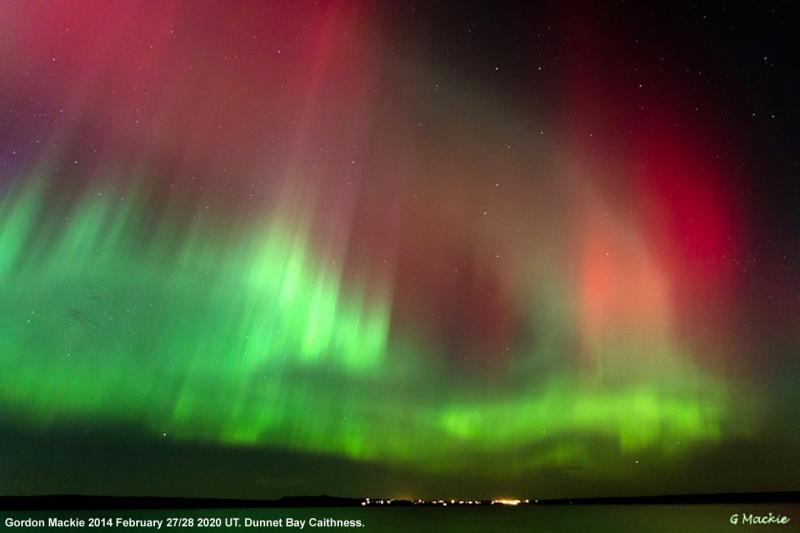 Looking back to January, BBC’s 2014 Stargazing Live brought us tantalising views of the aurora from Norway but the possibility of widespread auroral activity over much of the UK seemed remote.  However, with solar activity, nothing is certain and on 7th January, a well placed active area, 1944, produced an X1.2 flare with associated CME. It seemed certain that this CME would hit Earth and interact with the Earth’s magnetic field to produce widespread auroral activity.  The appointed time of contact passed and it was some hours before it occurred, but by this time the vertical component of the interplanetary magnetic field (Bz) had turned northwards and deflected the weaker than anticipated CME.  The result was that the Kp index only reached 3 and there was no widespread aurora to the disappointment of all.

On 25th February this year a returning active area which had previously been designated 1967 reappeared on the solar limb and was re-designated 1990.  This still active area promptly released an X4.9 flare with CME, the third most powerful of solar cycle 24.  Because of the proximity of 1990 to the solar limb it was at first thought that the associated CME would not interact with Earth, but at about 17.30 on 27th February an impact occurred.  At about the same time the Bz turned sharply southwards and the Kp jumped to 4 then quickly to 6.  Unlike the X class flare in January, conditions for magnetic interaction and aurora over UK were almost perfect on 27th February despite the position of the spot which was the origin of the CME.

By unusually good fortune, the skies over much of the British Isles were clear on the evening of 27/28 February and reports and images of the auroral display quickly spread over social media allowing many to go out and look at this bright and lively display.  Green bands and arcs with rapidly changing rays which rose from the bands, changing colour from green to red as they rose to almost the zenith, were seen.  Reports have been sent to the BAA from many locations and some include sightings of the rare corona and auroral pulsation.

It will be worth keeping an eye on active area 1990 to see if it continues to produce flares.  The Sun has quite a number of spots at the moment and it may be that we are experiencing the predicted second solar cycle peak following a first peak in 2012. After a number of years when the aurora seemed to be confined to the most northerly regions of the UK this may well herald a return to more widespread sightings. 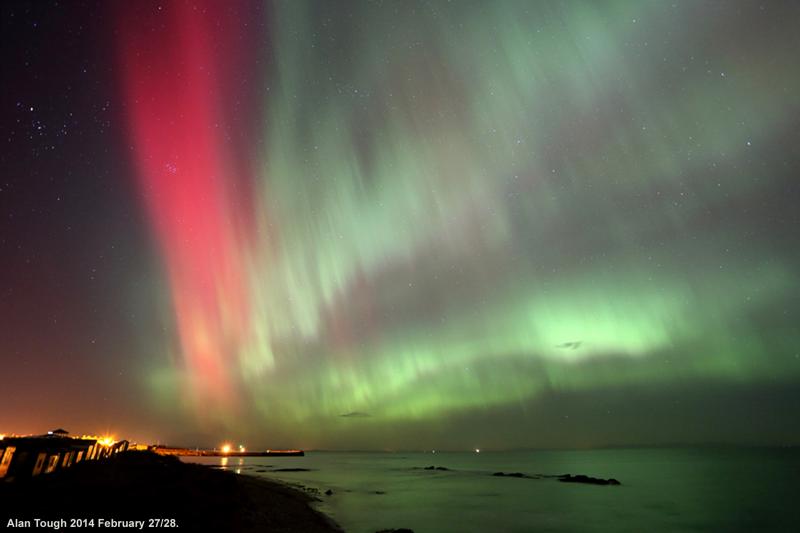 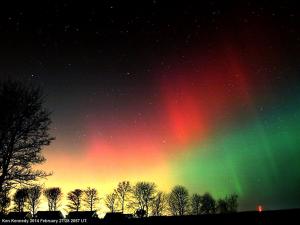