Bored of the Ring?

The newcomer to the Deep Sky will cherish the Ring nebula in Lyra, still well placed in the west mid-evening, and easily located between Sheliak and Sulafat (beta and gamma Lyrae). It is always good to return to after a search for tougher quarry. But what other planetaries are there in the autumn? Well the large Dumbell (Messier 27) and Little Dumbell (Messier 76) are well placed too. The Helix (NGC 7293) is there, if you are lucky enough to have a clear horizon and Moonless  mist-free night. But why not go whale watching?

NGC 246 in Cetus as a fine but under-observed planetary nebula. It lies some 6 degrees north of the rather isolated orange-tinted second magnitude Diphda (beta Ceti). Sweep north and slightly east from Diphda and you find widely-spaced phi 1 and phi 2 Ceti, both 4th magnitude so easy in a finder. At the apex of an inverted equilateral triangle with phi 1 and phi 2 you will find NGC 246. It has a few recently added nicknames (“the Pac-Man” by Stephen James O’Meara but rather confusingly as we also have NGC 281 in Cassiopeia with this moniker) and “the Skull” in Interstellarum Deep Sky Atlas. 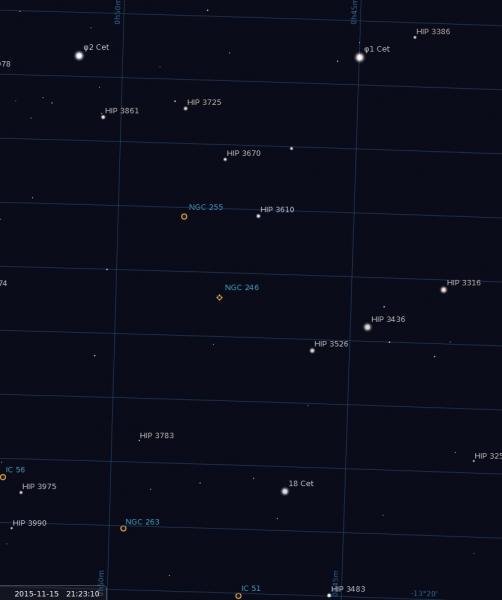 The position of NGC 246 (courtesy Stellarium).

NGC 246 is large (4.6′ x 4.1′) for a planetary nebula, slightly oval and with a lowish surface brightness at magnitude of 10.9. Any Moon or mist will make it tricky. But on a clear transparent night, detail can be seen quite nicely. The central star’s magnitude has been difficult to estimate and was once thought to be variable. The disk of the nebula is an uneven broken ring with a field star on the northwestern edge. The southeastern aspect of the annulus is rather fainter. Large telescope owners will have a ball with the detail within the disk. 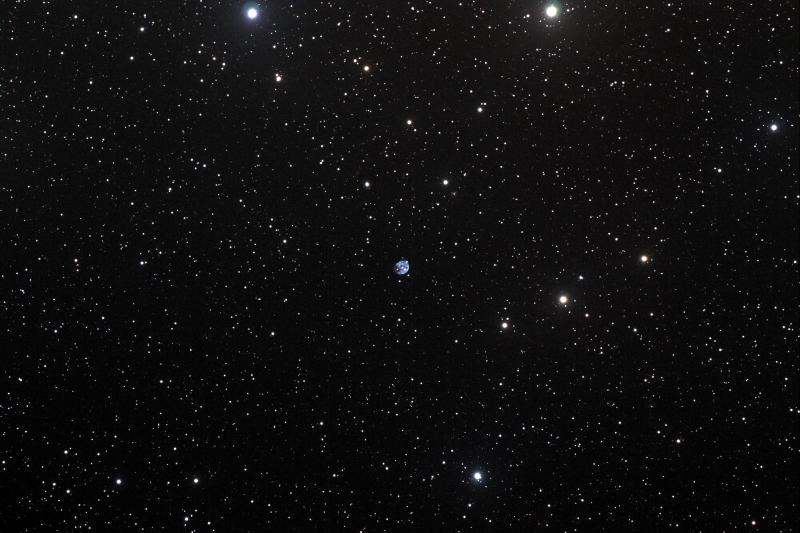 Nick Hewitt’s wide angle image of 2015 September 16th using iTelescope 12 (106mm Takahashi refractor at Siding Spring observatory). North is up, east to the left. Phi 1 and Phi 2 Ceti are at the top of the image. 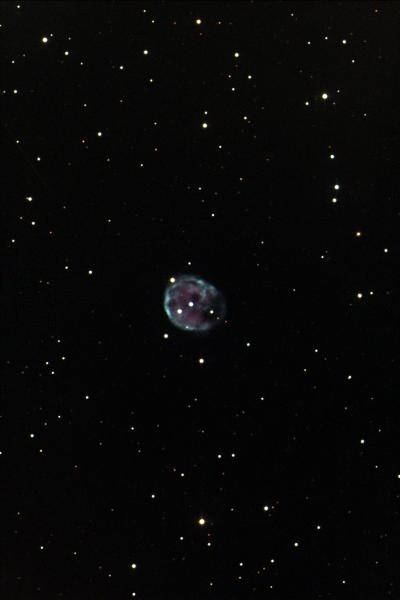 While you are down there, have a look for galaxies NGC 247 and then NGC 253 below Diphda. Both are bright but so low  that they are difficult. But if you don’t try ……

Then there is the globular NGC 288, the lowestof these targets at -26 south. Good luck!!