The celestial scavenger is low from the UK, nesting below Virgo with her wealth of galaxies.

But in April through May, it is worth a look at the Deep Sky within. The constellation Corvus is distinctive enough, a reasonably bright trapezoid to the West of Spica consisting of 4 second and third magnitude stars.

The alpha star is far from the brightest and not part of the trapezoid. Gamma is brightest at 2.6, then Beta (2.7), Delta and Epsilon (both 3). Perhaps it is just as well that at a low declination and being visible in the short spring evenings, that there are only 4 objects of great note. Being on the Southern aspect of the “Realm of the Galaxies” perhaps one might expect more, but there we are.

The red long-period variable R Corvi is south-east of the brighter star Gamma. It forms a convenient triangle with two stars of 7.5 magnitude but this is only easy at maximum. The range of 6-14 tells us why. The period is around 317 days. Unfortunately it is fading from its March maximum but should be easy enough until June.

The most notable double star in the constellation is Delta (7 Corvi), a wide pair at 24” separation located at the North-East corner of the trapezoid. The magnitude difference (3 and 9) should pose no problems for small telescopes, the pale yellow primary contrasting nicely with the pale blue companion. Needless to say, others have perceived the colours differently.

Towards the trapezoid’s centre lurks an under-observed planetary nebula, NGC 4361. Sometimes known as the “Cosmic Water Sprinkler”, it does show a hint at spiral structure within a faint outer halo. This shows up much better on images. It is reasonably bright at 10.2 although the thick atmosphere through which it is viewed in the UK may make this trickier than this would suggest. It is a reasonable size for a planetary, the main disc being approximately 60” but the halo extending beyond. The central star is 13th magnitude.

The most stunning quarry in Corvus has to be the pair of colliding galaxies, NGC 4038/4039, better known as the Antennae.

To the South-West of Gamma, at a similar declination to NGC 4361, this pair is glimpsed in a cosmic embrace with a great starburst as a result of the union. The great clouds of gas and dust meet and density increases, and the galaxies brighten due to the birth of great star clusters. Few individual stars will collide however.

The pair form a C-shape, concave to the West-South-West. The northern aspect is brighter and mottled through larger telescopes. The streams of stars thrown out by the gravitational chaos give the “Antennae” their name, but are elusive unless from very dark skies and using large apertures. While the visual impression is of an unusually shaped deep sky object, one is left to wonder at the drama unfolding some 80 million light-years away in the distant aspect of our Super cluster. 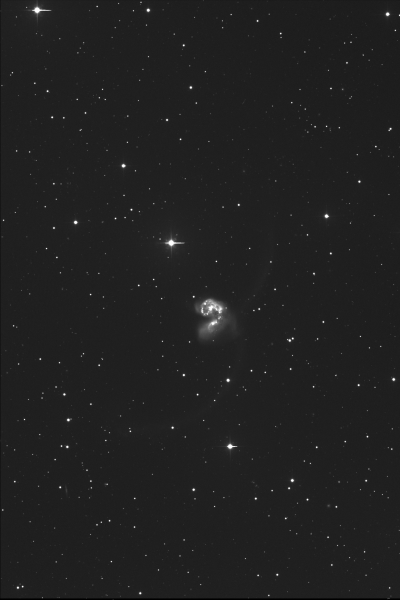 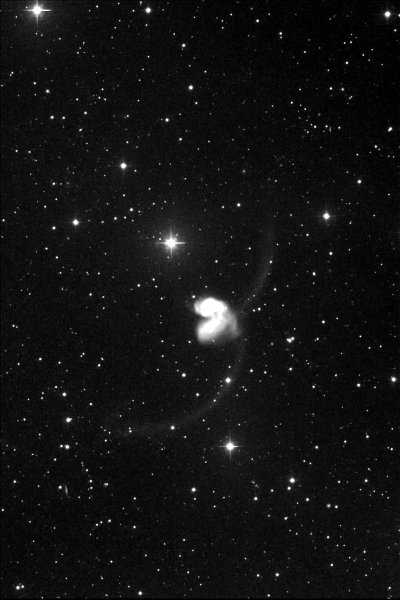