Depending on the myth you choose, Jupiter sired Venus with the Oceanid Dione. There are many other possibilities including her birth from sea foam, but that is just silly. Either way, Venus was bright and beautiful, and she and her father meet up quite often in the Heavens, and at the end of June they do so in the evening gloaming. 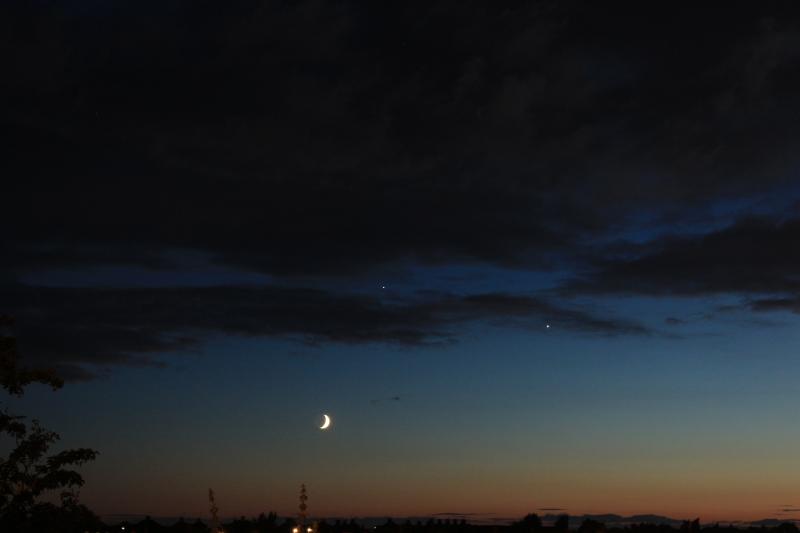 The pair have been getting closer for some weeks. As Venus and Jupiter are the third and fourth brightest celestial objects (after the Sun and Moon) they have been spectacularly and conveniently placed in the southwest and west through the Spring.

From the end of June and into the first few days of July, they will be very close. On 1st July, they will be at their closest with Venus being just 24′ south of Jupiter and should make a fine sight in any telescope, the crescent Venus being in the same low-power field as moon-accompanied Jupiter. Binoculars should give a pleasing view. 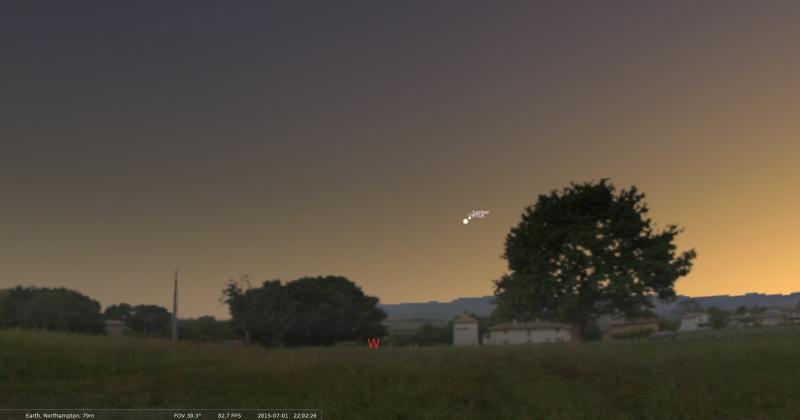 Jupiter and Venus and they will appear in the west after sunset on 1st July 2015. Courtesy Stellarium.

Venus will be 30″ in diameter and a dazzling crescent at -4.4. Jupiter will be a similar diameter, slightly larger at 32″ but rather fainter at -1.8. Venus is now moving rapidly towards inferior conjunction on August 15th; Jupiter too has an August conjunction on 26th. Such meetings are not rare. On October 26th 2015, the pair will be a degree apart and joined in a menage a trois by Mars before dawn, although awkwardly low for easy viewing from the UK. On 27th August 2016 they will be just 4′ apart in the evening sky. They will be best observed in daytime then.

While of no scientific importance these days, groupings of planets, especially the brighter ones, do bring aesthetic joy to this most beautiful and awe-inspiring of subjects, Astronomy.