For comparison, they are shown alongside similar objects previously visited, lest we forget.

In the top left, Ceres (the largest body in the asteroid belt) and Vesta, the slightly smaller asteroid orbited by the same spacecraft 4 years ago.  Ceres may be the only protoplanet surviving intact, with ice within it; Vesta is the battered basalt remains of another protoplanet.

Below, Pluto (one of the largest bodies in the Kuiper belt) and Triton, the big moon of Neptune, which is very similar in size and temperature and composition, and even in appearance in the first long-range images.  Let’s hope for surprises from Pluto next week!

In the top right, Rosetta’s comet and the much bigger Halley’s comet, successfully targetted in Europe’s first interplanetary mission, 29 years ago.  The two comets look rather similar now, but Rosetta is getting so much more information. 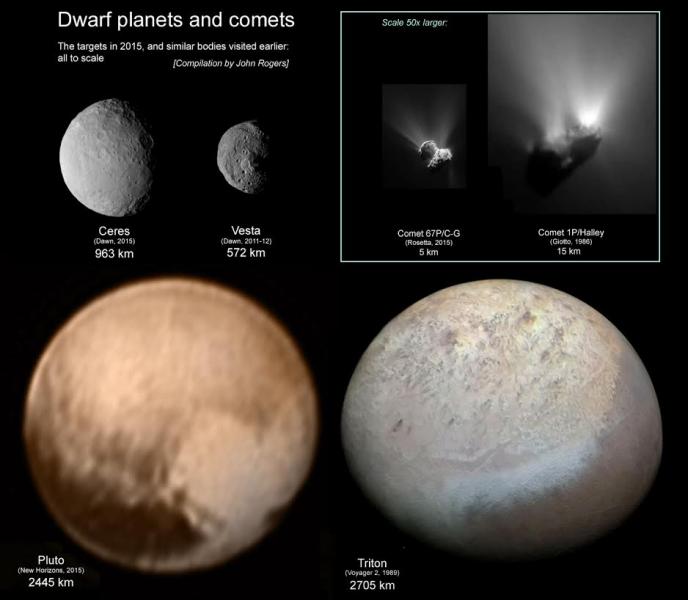