The prototype star R CrB is again fading.  It nearly reached is “normal” maximum brightness of around 6.0 but only attained about 7.0 in February this year.  If you look at the long-term light curve in the VSS database you’ll see that it prefers to be around mag 6 with irregular dips, some down to mag 14.0  However, in mid 2007 it commenced its longest and deepest fade to date reaching mag 15, but in 2014 it at long last showed signs that it was returning to normal.  However, it now seems that this is not to be.  Or is the current fade just another dip before regaining full brightness as it has shown several attempts already.

Therefore, as Corona is so well placed in the sky at the moment, even though it doesn’t get dark until 2300 BST (and not at all in northern Scotland!) I would like to encourage all observers to estimate the brightness of R CrB and report your observations to the VSS – even if you’ve never made an estimate before. 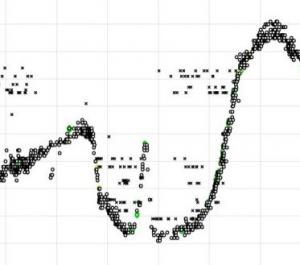