In an era of astoundingly beautiful images of the Cosmos, a faint star in a rather barren field in Cancer would scarely be regarded as jaw-dropping. But by understanding this speck, your mandible should be considerably lowered.

Just to the northeast of Messier 44, the Praesepe open star cluster, lurks OJ 287. It is an extraordinary Blazar, a supermassive binary black hole 3.5 billion lightyears distant. Known from the late 19th century, and included in the Ohio radio survey (hence the designation of OJ), it has shown a fairly regular outburst unlike most Active Galactic Nuclei. The binary nature could explain the double peaked quasi-periodical outbursts every 11 to 12 years. The components are impressive. The dominant body is thought to have 18 billion solar masses, the lesser companion a mere 100 million solar masses. Some system! 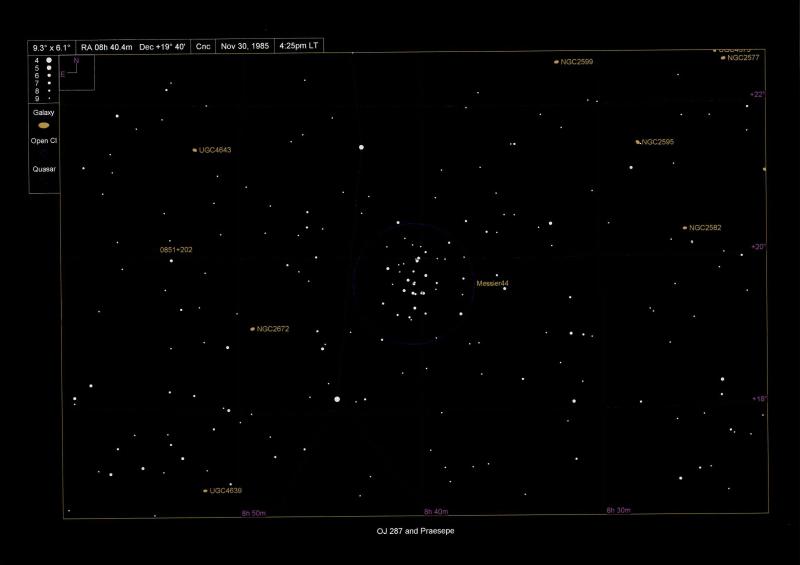 The activity was eagerly anticipated as a flare was thought likely between November 2015 and February 2016. From hovering between magnitudes 14.4 and 14.8 (red filter) , the Blazar began to brighten peaking at 12.9 (R) on 4th December. It then faded again but it can fluctuate rapidly (over minutes!) and somewhat unpredictaby so it is well worth monitoring throughout this season. 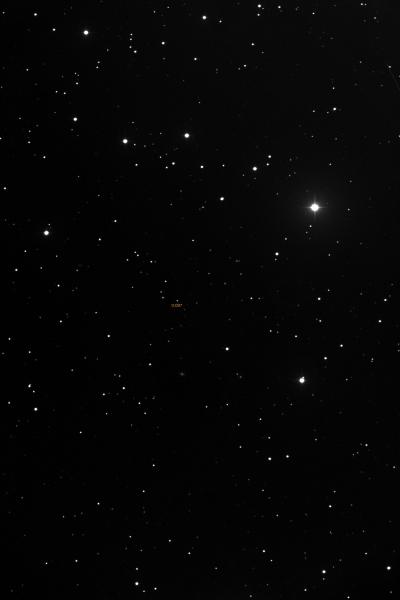 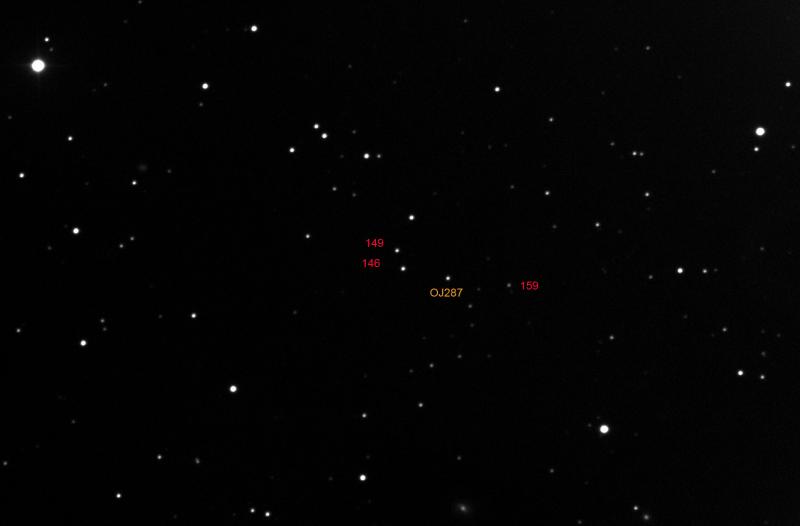 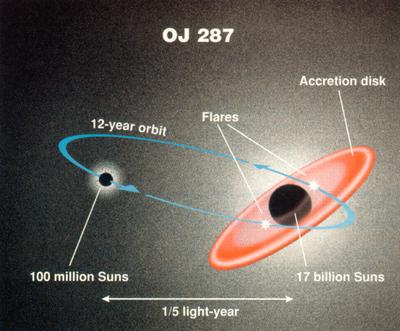 An illustration of the system, as proposed by Mauri Valtonen and colleagues at Tuorla Observatory, Finland. (Courtesy Turku University, Finland).

Please forward observations to the Variable Star section of the BAA, or images to the Deep Sky section. This fascinating object should stretch the imagination.