The Jewels of the Queen’s Coiffure

While Queen Berenice’s flowing locks are infested with galaxies like a kid with nits, to the east of the constellation lies a pair of jewelled hair pins in close enough proximity to be viewed in the same low power field. But what a contrast they demonstrate!

Messier 53 (shown on the right in the image above) is one of Spring’s great globular star clusters. It lies almost directly between Arcturus and Denebola, being slightly nearer the former. It is 7th magnitude and 13 arc minutes across, so easy enough in a decent finder. In reality, it is larger than the Great Globular in Hercules (Messier 13) but much more distant at some 63,000 light-years. Some 750,000 old stars are packed within its 230 light-year diameter. Zooming in brings its intricate detail into view: 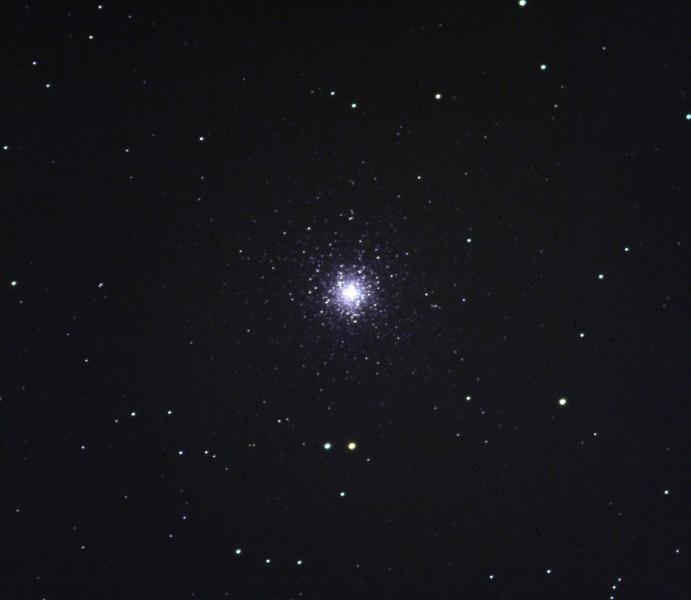 A degree to the southeast is a very different looking globular, NGC 5053 (shown to the left in the top image). Although two magnitudes fainter than M53, it is in fact closer to us at 53,000 light-years but is a much looser family with 40,000 stars. It can be a pretty sight, described by Walter Scott Houston as “a little gem of woven fairy fire”. Fanciful? You can judge for yourself! It is almost as loose as a globular can get, being a Shapley Class X1, in contrast with the much more compact M53, a Class V. 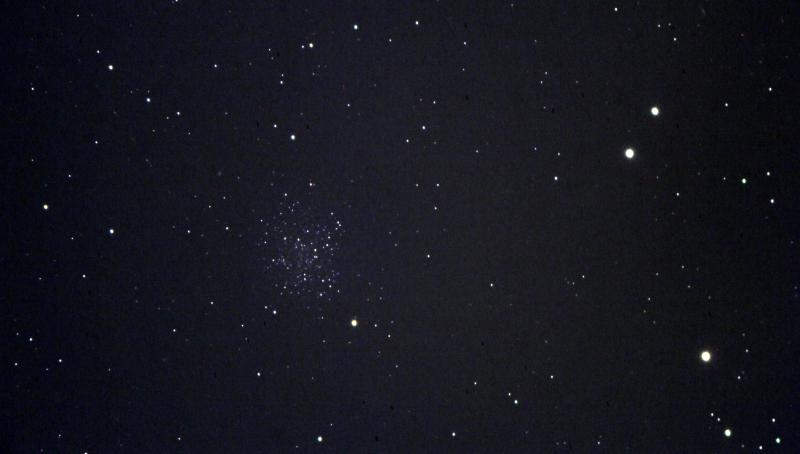 Have a look at this fascinating pair during the late Spring nights.

Images all by author on 2015 May 12th from Northampton.