An amateur detection of Uranus’ ring 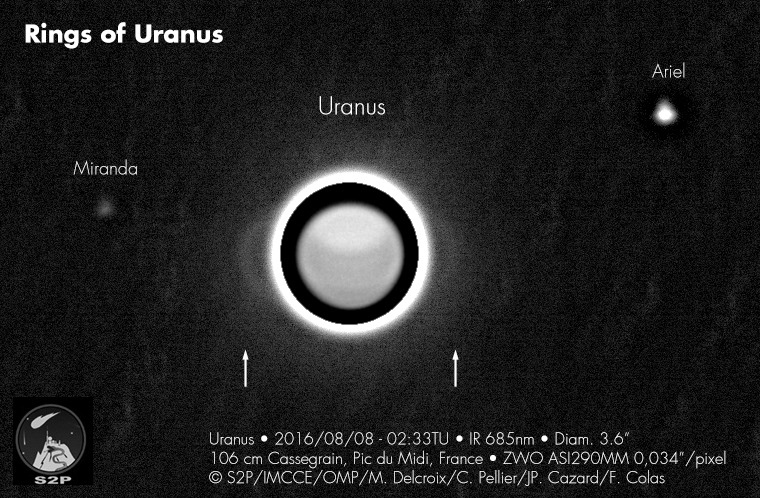 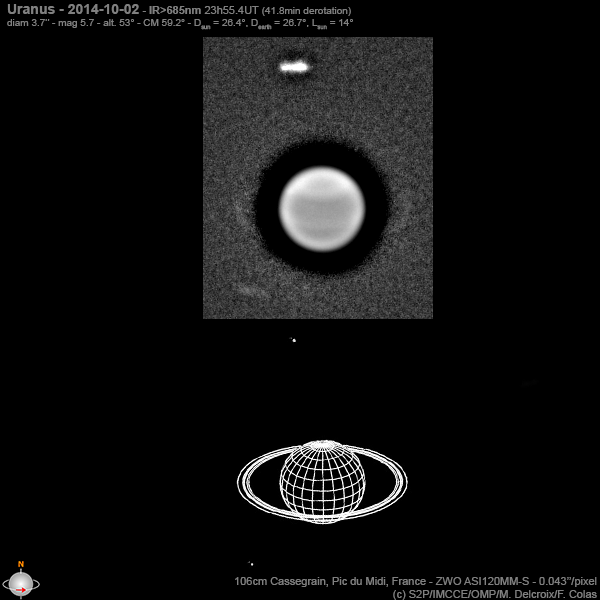 Following the detection of the brightest ring of Uranus, the epsilon ring, by Jean-Luc Dauvergne, in infra-red with the 106cm Cassegrain telescope at the Pic du Midi Observatory in November 2016, Marc Delcroix, Christophe Pellier and Jean-Phillipe Cazard went over their amateur images taken with the same telescope, in the near infrared at 685nm, and using the commonly-available ASI fast frame-rate cameras, and with re-processing found that they had imaged the epsilon ring already, both in October 2014 and in August 2016.

Delcroix says that ‘he remembered seeing something suspect’ on his Pic du Midi images back in 2014. It transpires now that this was the first detection of the ring of Uranus with the 1m telescope. He comments that this was enabled by the new availability of the highly IR-sensitive (by amateur standards) ASI120MM camera at that time. Current ASI cameras are even more IR sensitive, and he now hopes that amateurs will be able to image the ring with smaller telescopes. (Note: In fact the first amateur detection of the ring of Uranus was by German observer Bernd Gährken in 2011, using an 80cm telescope and a methane-band filter.)

Further note (18 December 2016): Phil Miles and Anthony Wesley of Australia have today announced a detection of the ring using a 50cm telescope and 700 and 610nm longpass filters.