A large number of people across Indonesia observed the 2016 March 9 total eclipse in mainly clear skies despite the fact that it is the rainy season in this part of the world. A large group, including me and quite a few other BAA members, had the fantastic experience of seeing it from the Sultan’s Palace on the spice island of Tidore.

We woke up to cloudy skies and rain and set out from the neighboring island of Ternate at 6am for the short ferry crossing to Tidore. By the time we were on the ferry the sky was brightening and large gaps in the cloud were forming. Following sunrise these gaps grew and the sun stayed in clear skies for most of the total phase, with thin cloud drifting over at third contact. 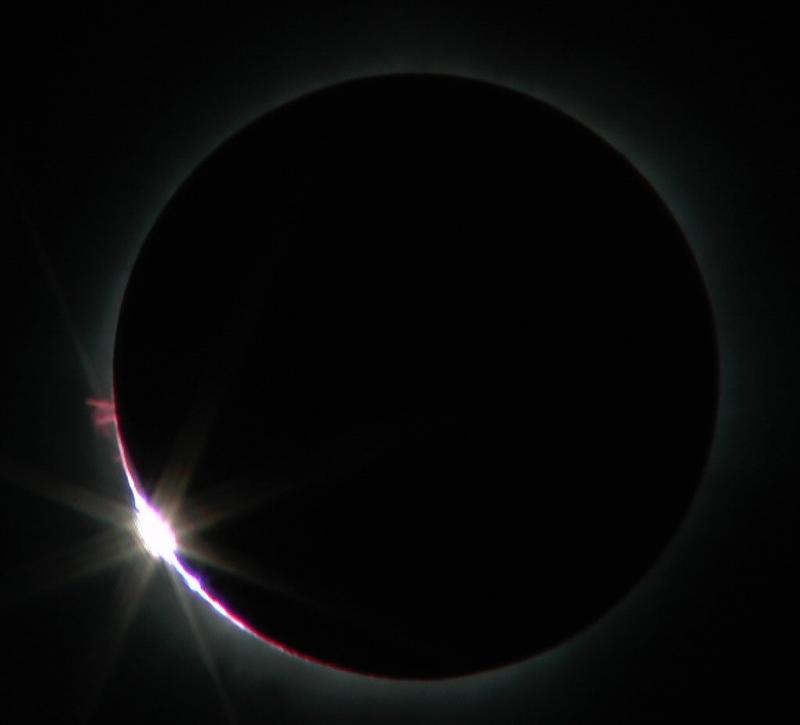 We were less than a degree north of the equator and so the sun rose almost vertically. The Moon first started to cover the sun at 23:36 UT (08:36 local on March 9). Totality started at 00:51 UT (09:51) local and lasted for 3m 3s. There were many hundreds of local people with us and very few had any idea what to expect. When totality started with the spectacular second contact diamond ring there was an audible gasp from the crowd. 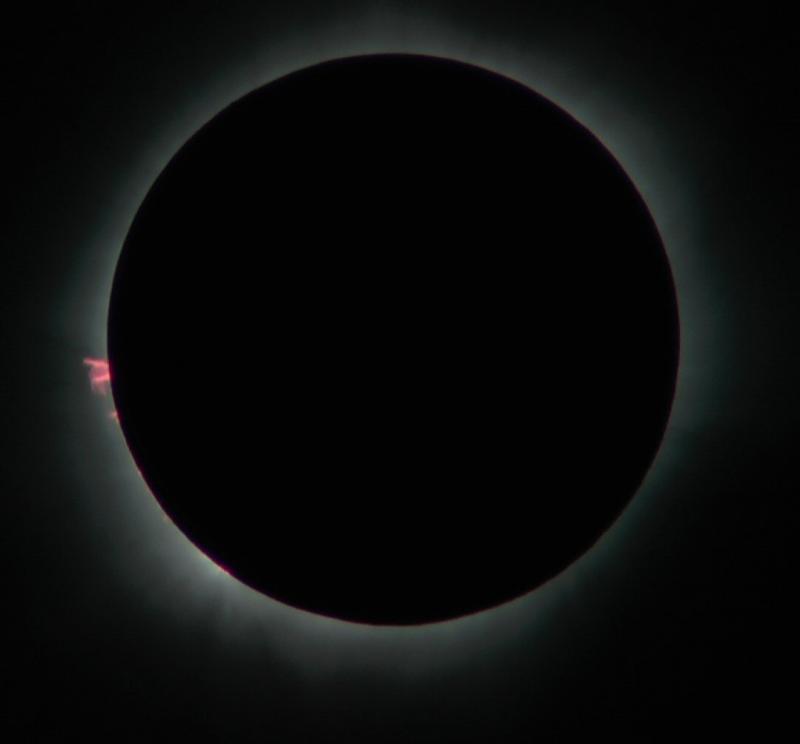 Totality was gorgeous with a spectacular prominence visible to the naked eye at the 9 o’clock position and a beautiful, intricate, corona with multiple streamers. Both Mercury and Venus were easily visible during totality and the sky showed beautiful colours around the horizon. I managed to spend a couple of minutes looking in binoculars and the detail in the corona was amazing.

I used a Panasonic X920 video camera to get the second and third contact images on this page. The edited video is is on Youtube here but you may want to turn the volume down if you prefer to watch eclipses in silent contemplation!

The corona shot is a longer exposure by Gillian Perry using a telescope and a Nikon DSLR. 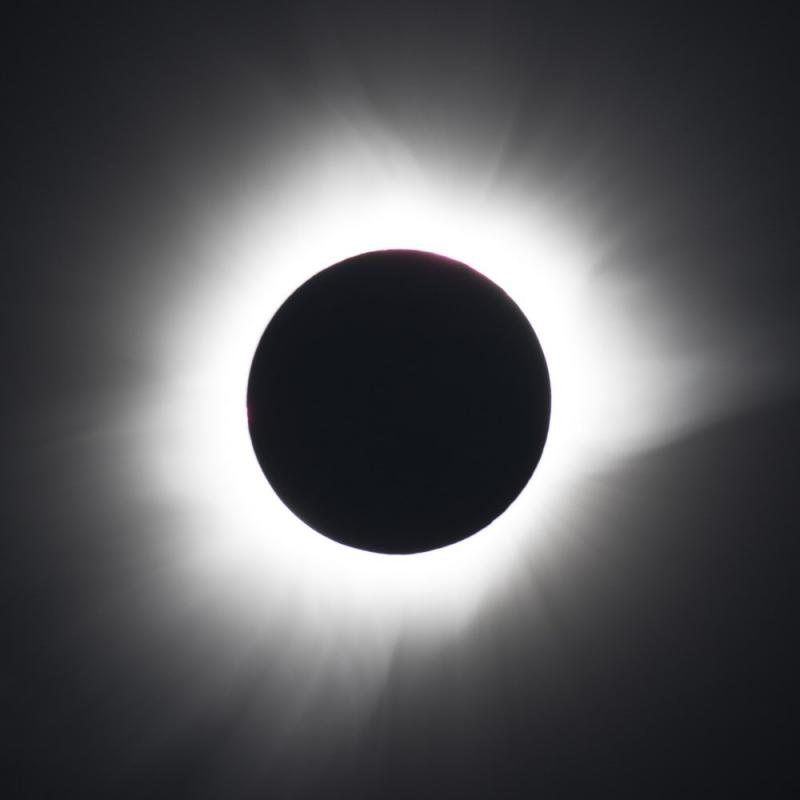 The prominence was still visible at third contact when the final diamond ring signalled the end of this eclipse. This was a spectacular eclipse in a spectacular place and we were honoured to be invited to share lunch with the Sultan and his family afterwards. The local people were wonderful and everyone had huge smiles on their faces afterwards. Some of our group planted ceremonial trees in the garden to commemorate the eclipse following the lunch ceremony. 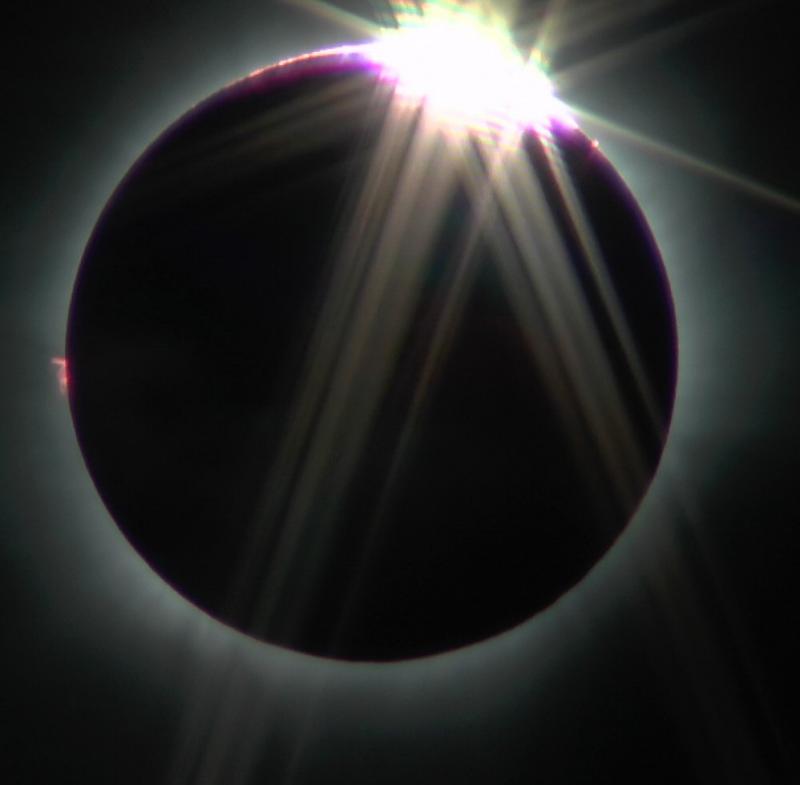 This eclipse was seen in a totally different environment to last year’s in Svalbard (the temperatre was around 55C warmer at least) and observing it was a completely different experience but both were extraordinary events that I count myself very lucky to have seen.

We hope to produce a DVD of this event so if you have any videos or images please keep an eye on the BAA website for an announcement regarding submisson details.