The first set of images from the Juno orbiter’s camera, JunoCam, taken at its first operational perijove on August 27, show that this ‘public outreach’ camera has very useful capabilities.  It produced spectacular close-ups of the polar regions; even closer views of some other latitudes; and whole-disk images covering a complete rotation before and again after the perijove, with resolution comparable to the best ground-based images. The original images have been provided on the JunoCam web site, along with images further enhanced by members of the public. The BAA Jupiter Section has identified features of interest, especially those we have tracked in amateur images over previous months, and posted labelled sets of the images on our web site:

Highlights of the JunoCam images include:

–Discovery of clusters of storms which look like cyclones around each of the poles.

–The perijove track passed close to an important circulation called the ‘STB Ghost’, showing vortices and turbulent clouds adjacent to it.

–Changes are occurring in the S.S. Temperate domain; notably, two of the nine long-lived white ovals are very close and likely to merge soon.

Here is a small excerpt from these posts. 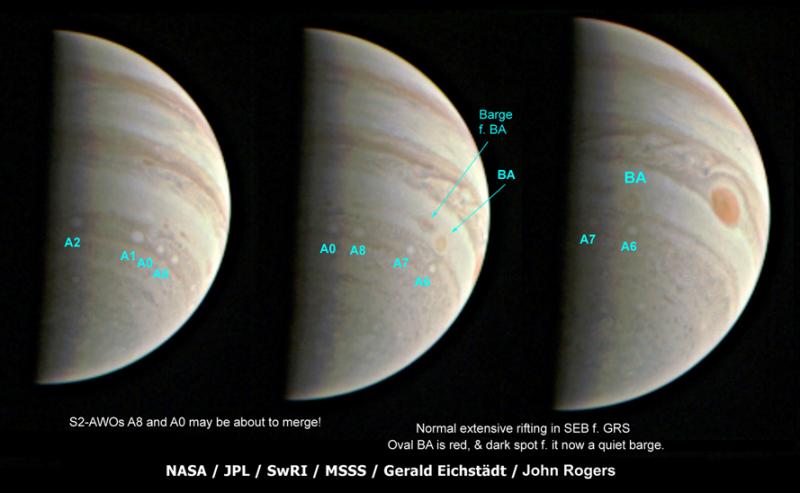