Photons from the Devonian

The Great Bear wheels overhead in April, full of wonderful Deep Sky objects. A less obviously appealing quarry is a 12th magnitude point of light in the Bear’s hind leg, but here you can find a remarkable object, the quasar Markarian 421. This is a truly brilliant object, prone to flare in all wavelengths of the spectrum, and of great interest to professional astronomers. But it is very accessible to amateurs too.

Markarian 421 is to be found slightly to the west of a line between Psi and Nu Ursa Majoris, both being 3rd magnitude stars. Between them is a small but quite conspicuous lozenge-shaped asterism of 6th to 8th magnitude, the brightest being 51 UMa, and bang next to 51 UMa is Mrk 421. At its “normal” magnitude of around 12.8, it should be straight-forward for a 6-inch telescope on a transparent, Moon-free night. And a smaller instrument can be used to image it. 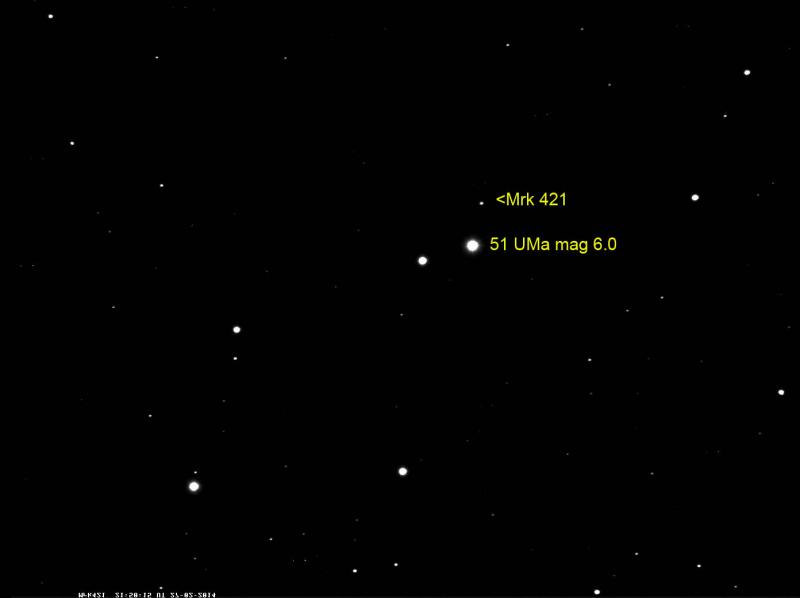 The Blazar (a quasar with properties of an Optically Violent Variable and a BL Lac object) is at the centre of an elliptical galaxy. The huge energies pouring from it are powered by a supermassive black hole. It is variable in all wavelenghts and heavily studied by professional astronomers – except, it seems, in the optical. So regular observation by amateurs is useful, filling a gap and contributing to Pro-Am projects. As this quasar is so accessible, it really should be monitored for much of the year. It can vary between magnitude 11.6 and fade to 16. Outburst were noted in 1996, 2001 and most recently in 2013. It is a powerful producer of gamma rays. 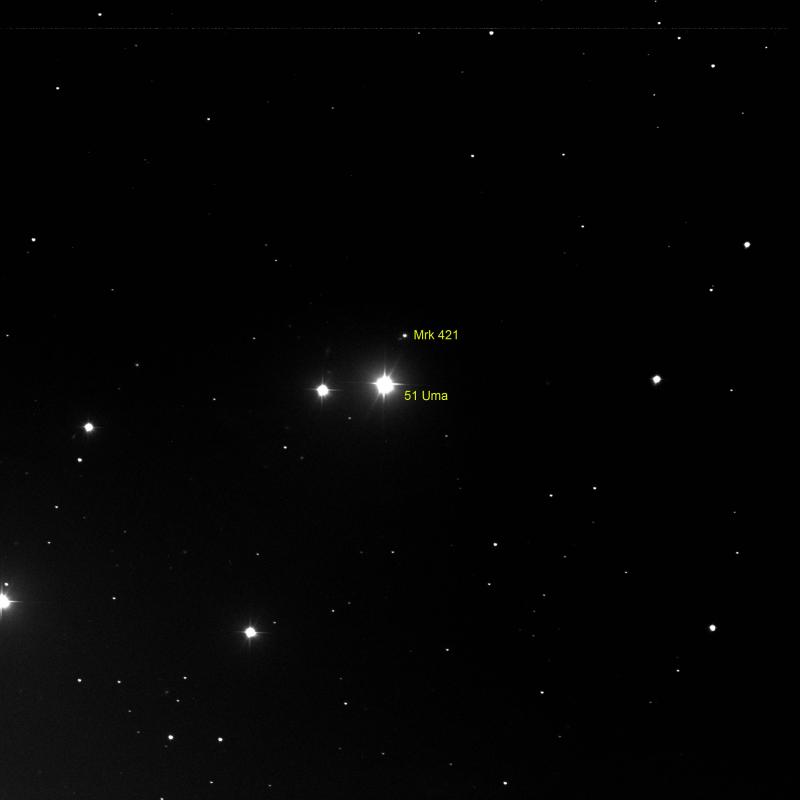 Although the sight of Mrk 421 may not inspire, the knowledge that the Blazar is 400 million light-years away should make your friends’ jaws drop. The photons whacking into your retina left their source in the Devonian period of the Paleozoic Era, a time of fishes and trilobites, way before the dinosaurs. Surely worth a look for that alone!