It is my pleasure to report that on 2016 March 17 the two-millionth visual observation was added to the Variable Star Section’s online database. This was a historic observation made by John Toone of the star Y Lyn on 19th December 2004 estimated at magnitude 7.2. The observation was one of a batch of observations uploaded by VSS Secretary Bob Dryden as part of the ongoing work to fill in gaps in the observation archive. Below is a light curve from the database covering the last 16 years of Y Lyn, a semiregular variable star of type SRc. 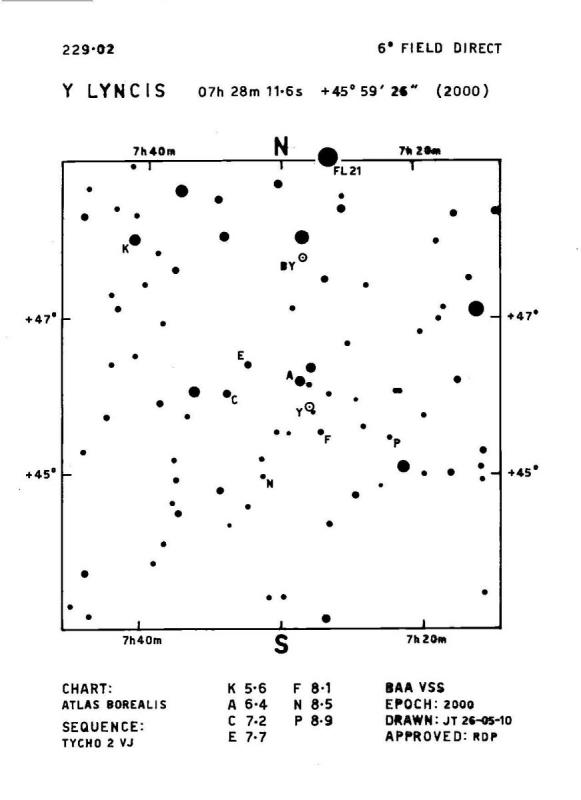 Though John Toone’s observation has been called out, the achievement of 2 million visual estimates is a testament to the work of all the visual observers who have contributed to the VSS. While the majority of the observations have been made by BAA members over the 126 years since the Association and Section were founded, Section volunteers have extended the records back to 1840 by extracting magnitude estimates from historic publications.

Visual observers continue to make a significant and important contribution to the Section’s work and the scientific study of variable stars. Visual observing is an easy way to start observing variable stars, with many stars within easy reach of binoculars and small telescopes. It is a great way to learn the sky and a rewarding activity as your observations add to the light curves and our understanding of these stars.

Further information on variable star observing and contributing to the Variable Star Section can be found on the Section’s website: http://britastro.org/vss/

The online database of observations can be accessed via the following link: http://britastro.org/vssdb/

The number of visual estimates in the database now stands at 2,000,234.