A new interim report on Jupiter (no.8) has been posted on the Jupiter Section web pages.

Since our last such report two  months earlier, the main changes have been:

–The NEB expansion event has stalled and is now regressing – unlike all previous such events that have been recorded.

–The S. Temperate region has become almost blank, although the three structured sectors are persisting and evolving as predicted.

–The internal circulation of the Great Red Spot has been visualised in real time on three more dates.

The report is at: at: 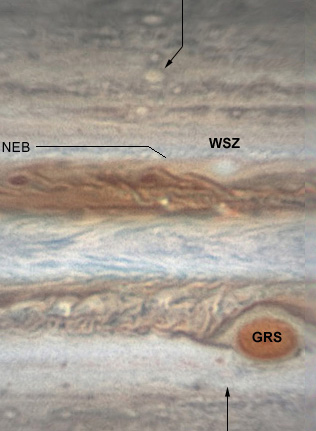