Although the weather has been somewhat variable over the past few days, observers across the British Isles have reported increasing Perseid meteor activity. The Perseids are one of the most reliable showers of the year, producing an abundance of fast, bright meteors, many with persistent trains. Unfortunately, moonlight will interfere with observations of the shower peak this year, with Full Moon occurring on August 07, but the maximum occurs over a weekend which is very convenient. 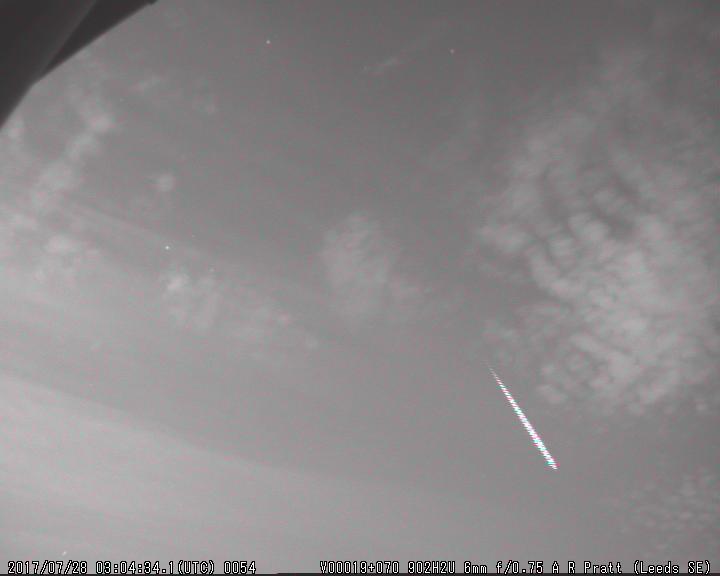 Alex Pratt (Leeds) recorded his first Perseid meteor on July 24/25 and he had detected 62 shower members by the end of the month. The shower will continue to be active until about August 21. The shower’s activity displays a marked ‘kick’ around August 8-9 and steadily increasing observed rates may be expected from then until the peak, which is expected at around 19h UT (20h BST) on Saturday, August 12 this year. This means that the two nights of Friday night to Saturday morning (August 11-12) and Saturday night to Sunday morning (August 12-13) will probably be equally productive for observers in the UK.

Observers watching after midnight on August 11-12 should experience increasing activity towards dawn, as the shower radiant at RA 03h 13m,  Dec. +58° (near the Double Cluster, on the Perseus-Cassiopeia border) climbs higher in the eastern sky. Activity should be just starting to decline by the time darkness falls on Aug 12-13. The Moon will be a waning gibbous in Pisces/Cetus over the peak nights so it is suggested that visual observers minimize the effects of moonlight by positioning themselves so the Moon is behind them and hidden behind a wall or other suitable obstruction.

It is hoped that, weather permitting, observers will cover shower activity on the nights to either side of the maximum, for example on the Thursday night to Friday morning (August 10-11) and Sunday night to Monday morning (August 13-14). The Perseids are also an ideal target for digital imaging due to the relative abundance of bright meteors, although exposures will need to be kept quite short with a bright Moon in the sky.

The best observed rates are found when the Perseid radiant is highest in the sky during the pre-dawn hours, but even in early evening the radiant is already at quite a favourable elevation above the horizon. Under cloudless skies, but with the Moon above the horizon, observers can expect to see between 25 and 30 meteors each hour near the peak. Even in towns or cities observed rates may still be around 5 to 10 an hour in the early morning hours when the radiant is high.

Observations in recent years have revealed noticeable variations in activity from year to year and there was a brief but well recorded outburst in Perseid rates in 2016 (see J. Brit. Astron. Assoc. 126(5), 264-265). We shall just have to wait and see what is in store for us in 2017. 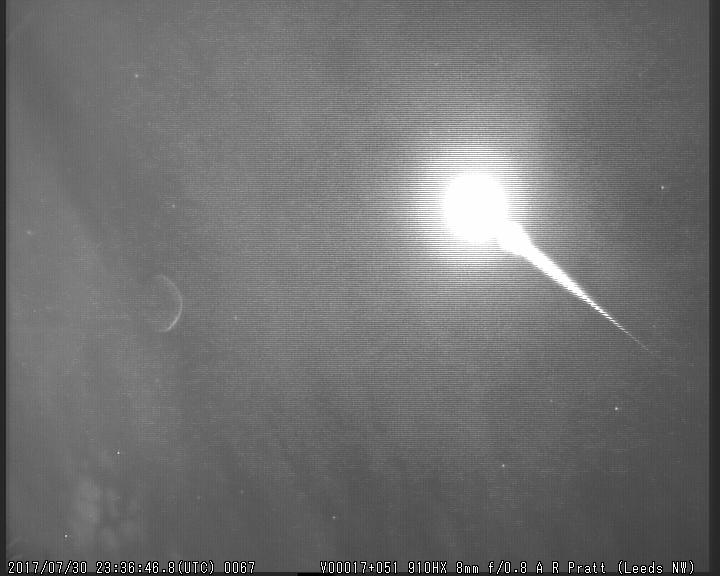 The BAA’s visual meteor report forms, available as downloads in both pdf and Excel formats, enable observers to record the details of each meteor seen. These include: time of appearance (UT); apparent magnitude (brightness); type (shower member, or random, ‘background’ sporadic); constellation in which seen; presence and duration of any persistent train. Other notes may mention flaring or fragmentation in flight, or marked colour. Watches should ideally be of an hour’s duration or longer (in multiples of 30 minutes). Observers are reminded to carefully record the observing conditions and the stellar limiting magnitude.

Please note that the Section Director will be away in the USA from August 9th to 24th.