Determining the Quality Number of a Sunspot Group

Once you are confident at observing and recording sunspot groups in white light, you may want to take your skills further and categorise the groups according to their “quality”.  If you have read the monthly reports from the Solar Section in the BAA Journal, you will probably be familiar with descriptions of sunspots like Axx, Bxi and Dso. The quality of sunspot groups (or Q) can be determined by applying a simple table called the Zurich classification.  The skill is to determine which sunspot group falls into which particular category; although most will be quite obvious, some groups can be challenging.  In this circumstance, it is for the observer to decide, based on your observation and best interpretation of the Zurich scale.

To obtain your Q number, first refer to your observation for the day.  Now you need to decide into which category each sunspot group can be placed.  The modified Zurich classification gives us some idea of how to make this decision. 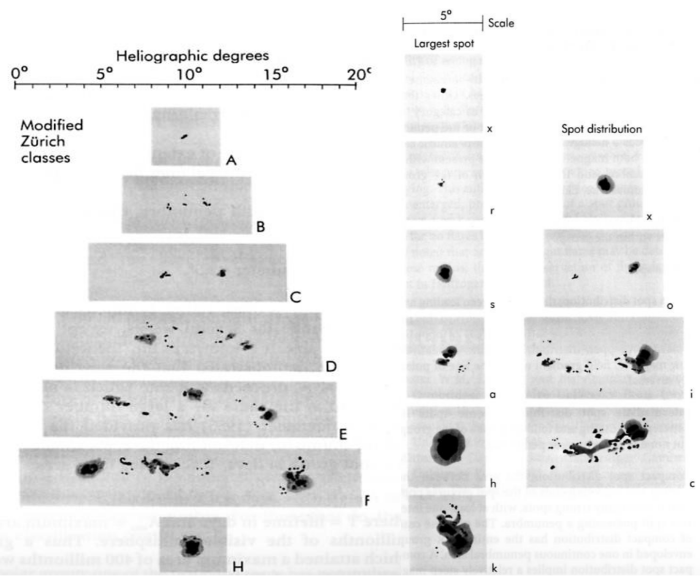 Finally the third table (above), the third letter in the three letter Q number, refers to the distribution of individual spots within each group; x = single spot; o = open spot distribution, the area between the main two spots is free of spots; i = intermediate spot distribution, some spots lie between the two main spots; c =  compact spot distribution, the area between the main spots is populated with many strong spots with at least one possessing a penumbra.  Remember that sometimes the spots do not fit neatly into the categories and you just have to make a subjective assessment and classify to the nearest group that makes sense to you.  Once you have assigned a letter to your group you can work out Q by assigning a number to each letter.  It is only necessary to classify each sunspot group with the initial number in the Zurich table to arrive at Q for the day i.e.  whether the group is A, B, C, D, E, F or H.  The addition of the type of penumbra (or lack of one) and the whether the group is open, closed or intermediate in its sunspot distribution, is not necessary but only for the further accurate description of your sunspot report.

If you are going to submit your observations to the BAA Solar Section, you will need to record the date (always give the year first, then the month then the day); the time in Universal Time (same as the UK time in the winter but you need to need to subtract an hour in the summer); the instrument(s) you have used; the Rotation Number (refer to the BAA handbook for the RN for the date of your observation); Observing Conditions such as clear, boiling, haze, thin or drifting cloud etc.  A number for observing conditions can be applied, 1 = clear, no limb motion; 2 = small spots easily seen, slight motion at limb; 3 = umbra/penumbra limit clear, limb motion boiling; 4 = umbra/penumbra of large spots separable, some bad image and limb boiling, some drifting cloud; 5 = large spots only seen, bad boiling or obscuring cloud, umbra/penumbra cannot be distinguished.

As with most new skills, the more observations you carry out with Q in mind, the easier it becomes until it is second nature and you will find yourself categorising sunspot groups whilst still at the telescope!

Some examples of sunspot classification: 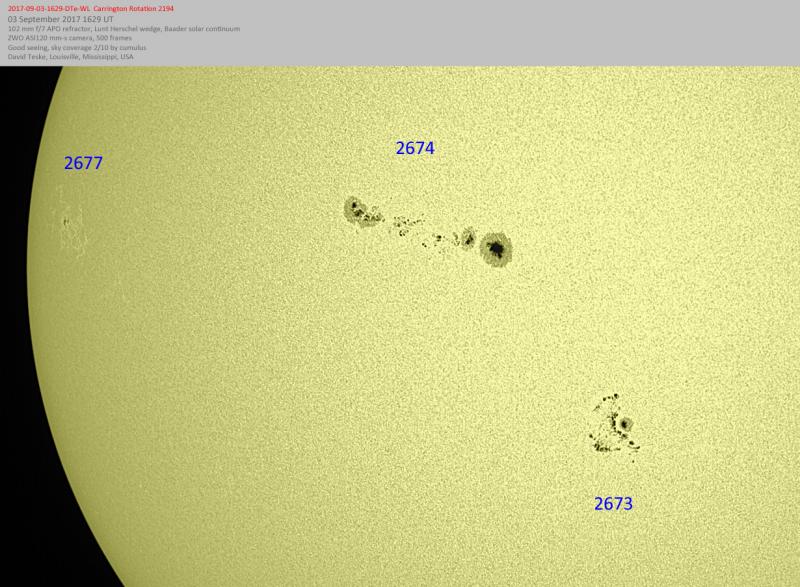 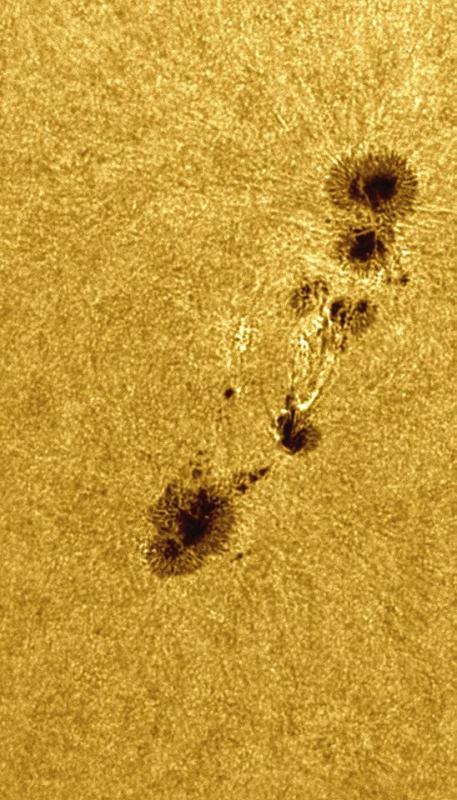 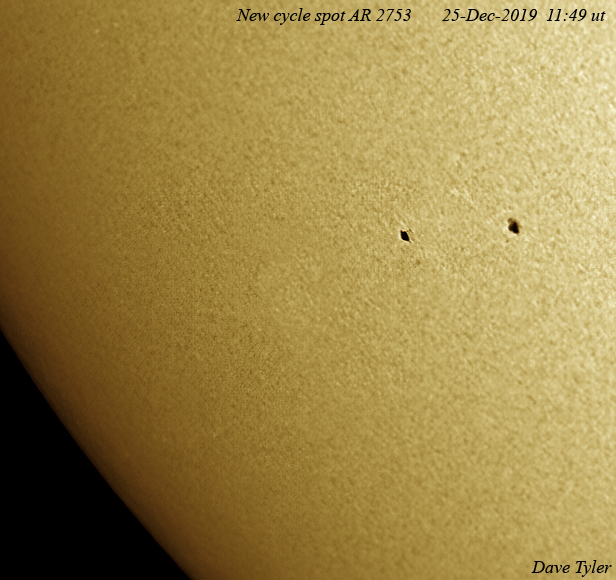 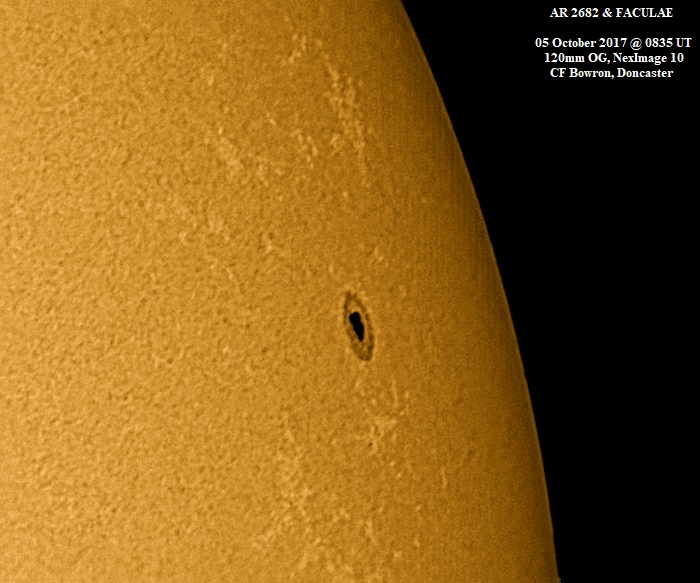