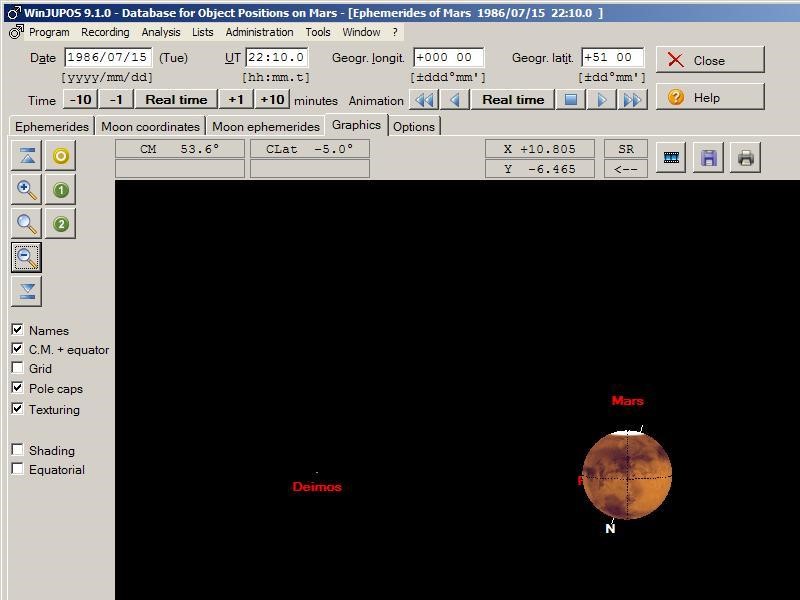 Mars is next at opposition on 2020 October 13 with a disk diameter a little larger than 22 arcseconds. It is at such perihelic oppositions that one has the best chance of detecting the satellites, Phobos and Deimos. I have to admit that I never searched for them from home, but on the evening of 1986 July 15-16 when observing the planet with the 1 metre Cassegrain atop Pic du Midi, their movements were so glaringly obvious that I could hardly ignore them, and I made a series of sketches. I am illustrating their rapid changes in position from that evening with three images for the same times made using WinJUPOS software. http://jupos.org/gh/download.htm

Martian satellite elongations are not listed in the Handbook: look at their short orbital periods to see why not.

The Swiss observer Maurice du Martheray made many observations of Mars over more than 40 years, but I believe he noticed Deimos only once, on 1943 October 27, using a 152 mm (6 inch) OG. (1943 was a perihelic opposition.) I think that this sort of size of telescope is the minimum, to give you an idea. 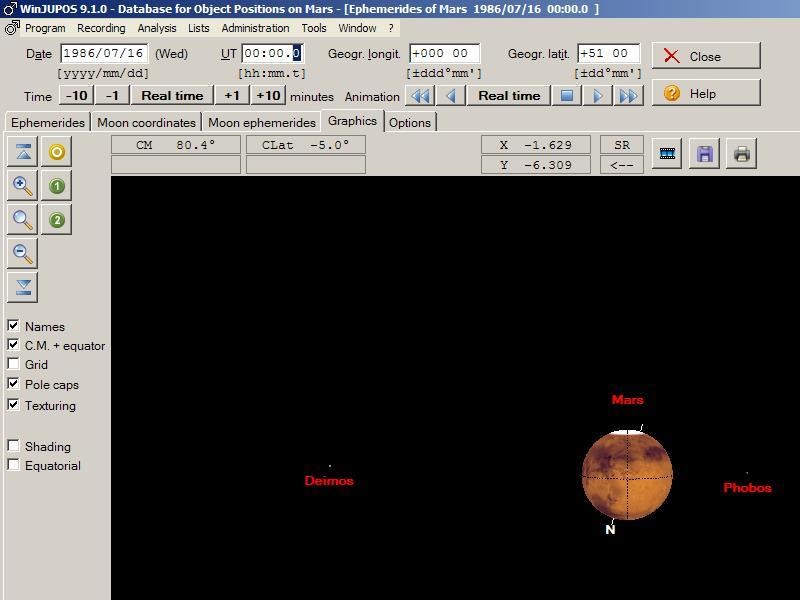 Many observers have taken images of the satellite in the past two decades, and before that some skilful members photographed them on black and white film, but the current challenge is to see whether you can spot them visually, and, if so, with what aperture. Choose an evening in the opposition month and use WinJUPOS to find at what times the satellites can be seen close to greatest elongation east or west, preferably picking a moment when both will be visible at once. Use a medium or high-power eyepiece, perhaps x200 or more, and record what you see, sketching their positions with respect to the planet. (You are not likely to succeed with a low magnification, owing to glare.) If you place a strip of red celluloid or a red filter across the north-south axis of the field of view it will reduce the glare from the planet.

How many diameters of the planet are they from the limb? How close to the planet can you follow the moons? 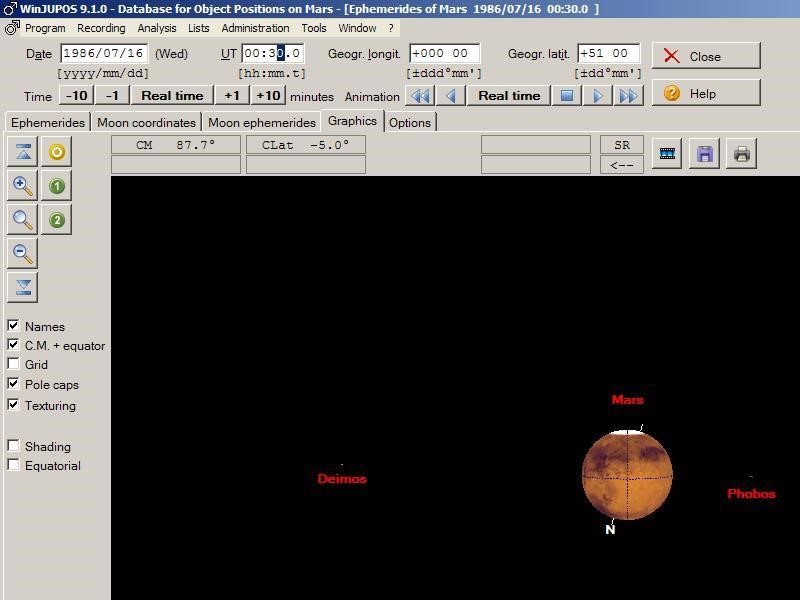 If you are using a refractor, make a series of cardboard diaphragms or stops to cut down the aperture once you have spotted the moons. What is the minimum aperture you can still see them with? With a reflector you should use an off-axis stop, which will somewhat limit the amount of experimentation you can do. (I tried this method once with a 200 mm OG when observing a shadow transit of Titan, and found that I could see the shadow clearly with 100 mm and could glimpse it with only 50 mm.)

A more challenging alternative – if you think the task to be too easy – would be to remain unaware of predictions, and try to (re) discover the satellites for yourself, putting yourself in the position of Asaph Hall in 1877! I will be interested in your results. Good luck!